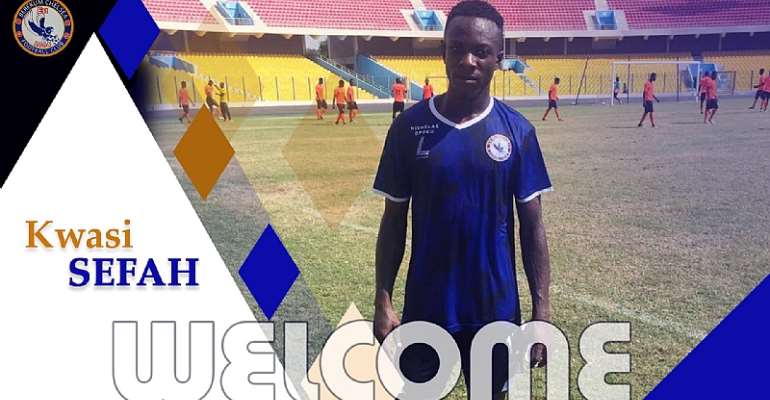 Berekum Chelsea has announced the signing of striker Kwesi Sefah Biney from Wamanafo Mighty Royals ahead of the anticipated start of the 2019/2020 Ghana Premier League season.

The top-flight club is bent on enjoying a very successful campaign in the upcoming season and has been very busy in the market recruiting players to strengthen their squad.

Their latest acquisition is Kwesi Sefah Biney who has arrived from Division One League club Wamanafo Might Royals. The striker has agreed to a three-year contract and is expected to boost the attacking department of the Berekum-based club.

“Berekum Chelsea wishes to announce the signing of Striker Kwesi Sefah Biney - from division one club Wamanafo Mighty Royals on a 3-year permanent deal”, a club statement has confirmed.