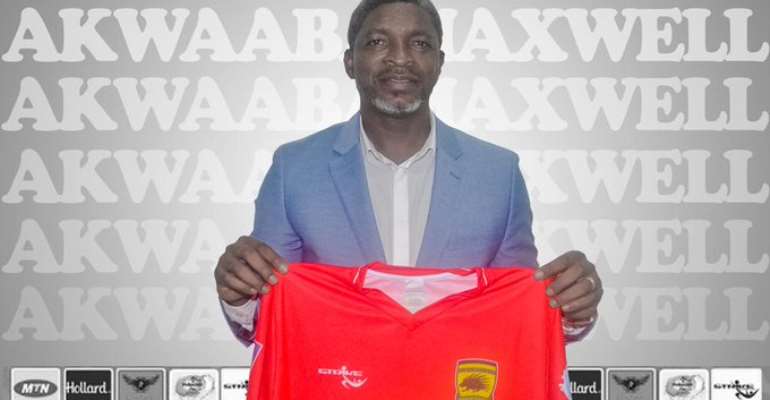 Coach Maxwell Konadu, has promised to help the club reclaim its lost glory of Asante Kotoko following his return to the club.

According to the former Wa All Stars trainer, his second coming to the club comes with a lot of expectations but asked fans of the club to be patient as he starts a rebuilding process to position the club among the elites.

Speaking during his first interview after his appointment, the 47-year-old Black Stars B coach described the current situation of the club as not as bad as one could imagine.

“My presence here is to help the club reclaim its lost glory”, he said explaining that the decision to come back to help position the club at its rightful place was the right one.

Even though his predecessor, Kjetil Zachariassen, was fired for nonperformance, Coach Konadu insisted that the situation of the team was not that bad because somebody must start for others to continue.

“I wouldn’t describe the current state of the club as bad, someone must start for others to continue. But sometimes it is frustrating to watch your team not playing well when you expect them to”, he stated.

Konadu, however, implored the supporters of the club to measure their expectations for the club until such time that he can build the team to an appreciable level.

“For now I ask for a little patience from the fans so that when the team takes off everything will go well for us. But for now, the way everybody is following the club with their hearts, I think God will show us his mercy”, he said.

Konadu who guided the Porcupine Warriors to conquer the league in 2011 said he was coming with more experience than what he brought to the club during his first stint because working on the technical team of the Black Stars has given him a lot more insight about the job.

“There are a lot of things that I know now which I didn’t know then, besides I am bringing a lot of experience and knowledge I have acquired from other coaches that I have worked with in the past”, Coach Konadu said

While expressing gratitude to the management and supporters for the great reception, he stated emphatically that he could not do the work without the technical team and urged whoever would be part of his backroom staff to work hard so that at the end they would all share the glory.