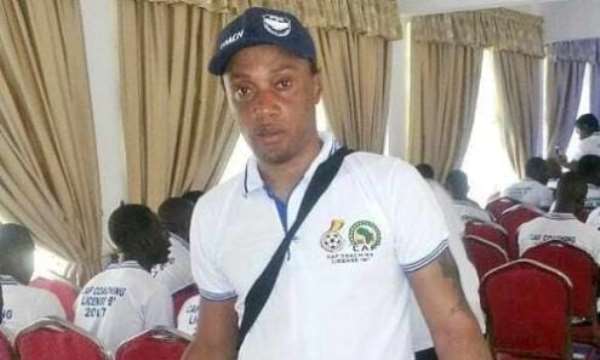 Karela United are closing in the appointment of Richard Manu as the new head coach of the club ahead of the 2019/20 Ghana Premier League season.

According to reports, club owner, Lawrence Cudjoe is pushing the deal to be finalised between the two parties.

"Richard Manu is already here, he is on the verge of joining, Karela United," a source told Wet End Radio.

Richard Manu holds a UEFA license "B" certificate which is equivalent to CAF License B in coaching.

Manu had stint at German Bundesliga III side, DJK Dilligen.

The 38-year-old was the team manager at Karela United during the truncated league.

As a player, he won the Ghana Premier League with Asante Kotoko in the 2007/2008 season.