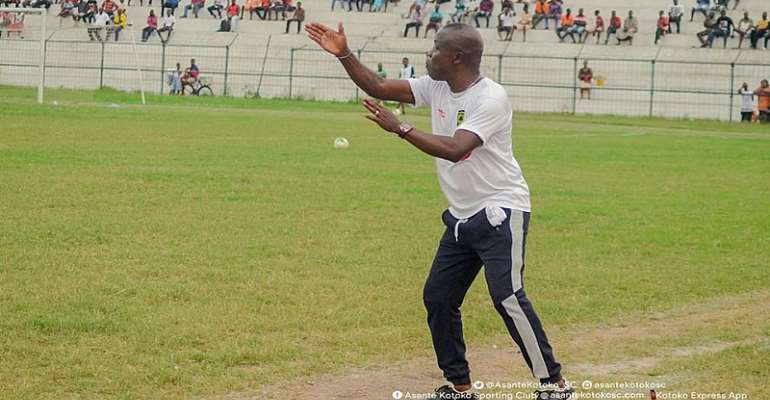 Asante Kotoko assistant coach Johnson Smith will take charge of the side, President Cup, on Sunday against Hearts of Oak.

The arch-rivals will face off on Sunday at the Accra Sports Stadium for the replay of the game which was postponed due to heavy rainfall.

Newly-appointed coach Maxwell Konadu will not be on the bench on the day as he has been allowed some time to rest.

Kotoko will play away to Hearts of oak this Sunday at the Ohene Gyan Stadium in the replay of the 2019 President Cup.

The former Black Stars assistant coach was named as the head coach of the Porcupine Warriors on Monday on a two-year deal.