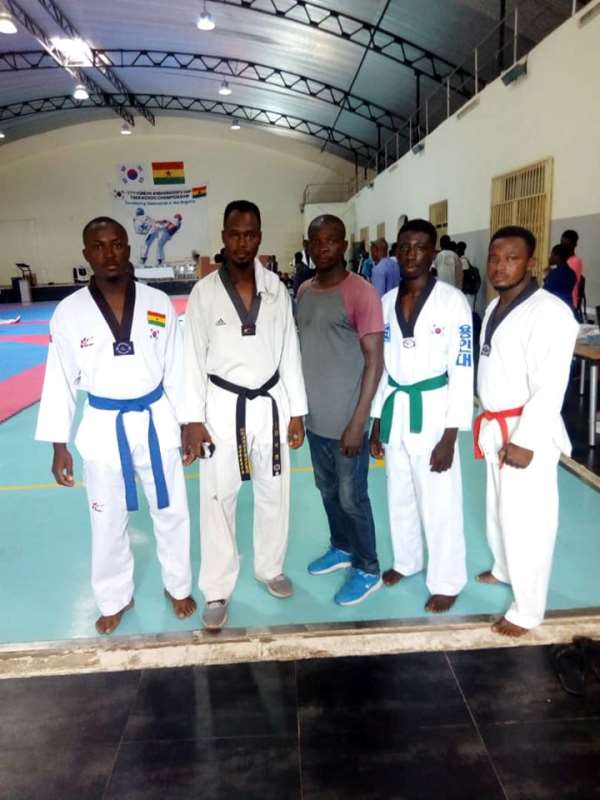 The Region that presented all 20 athletes maximum for the championship which sought to enhance major participation of athletes from the various regions, won a total of 14 medals, 6 Gold, 3 Silver and 5 Bronze, gathering 114 points.

Speaking to TalksenseSports, Captain of the Greater Accra team, Joshua Ayettey says, they have proven they have the best to represent the country.

“I am happy to compete for my region and I feel excited because most of the regions feel most of the national athletes comes from Accra which is bad idea but with this championship, Greater Accra has proven to the whole country that we have the best and can provide the best.”

Greater Accra’s Benson Addo, who couldn’t make the medal zone at last year’s event got to the finals but lost to Lawrence Tweasam in fiercely contested bout in the male -58kg. Another all Greater Accra finals was between Kezia Gbedze and Patience Takyi in the female -49Kg.

While Sulley Sumana of the Northern region won Gold Medal in the male -80kg, Kiki Romaric from the Volta region clinched Gold medal in the +80Kg.

President of the Ghana Taekwondo Federation (GTF), Frederick Lartey Otu in an interview with the media highlighted the importance of this year’s event.

“This year has been different because we had all our Member regional Association athletes coming to participate. Our numbers have also increased and it tells you how we’re growing. Our relationship with the Korean Embassy has been cordial because if they have agreed to support the regions, Transport, Feeding and Accommodation to come down and compete, it tells you, we are growing our relationship. hope we will move from Greater Accra to another region to promote the sport there. We have got a brighter future because of the huge numbers in the Cadet category because the children will replace the juniors and seniors when they can no longer compete.”

In the other categories, Adizatu Shaba and Emmanuel Kofi Turkson from Sunyani Taekwondo Club were awarded the Most promising Athletes in the Para division while Groove Johnson and Alice Ganga won that of the Juniors Category.

Counsellor Dongik Jeong of the Embassy of the Republic of Korea sponsors the championship promised their undying support to the development of Taekwondo in Ghana.

“This support comes from the Korean government and we will continue to support the development of Taekwondo. Taekwondo in Ghana has future because since I came to Ghana, participants keep increasing and I hope to see more participants next year from all the regions of Ghana.”

With this year’s theme being ‘Developing Taekwondo in the Regions’, the Opening and Closing ceremonies attracted a lot of dignitaries including parents whose wards competed in the Cadet and Junior categories.

The KAC this year saw a total of 348 athletes from all categories, an increase from last year’s 292.

The GTF targets next July for the 12th edition and hopes to improve upon this year’s championships.