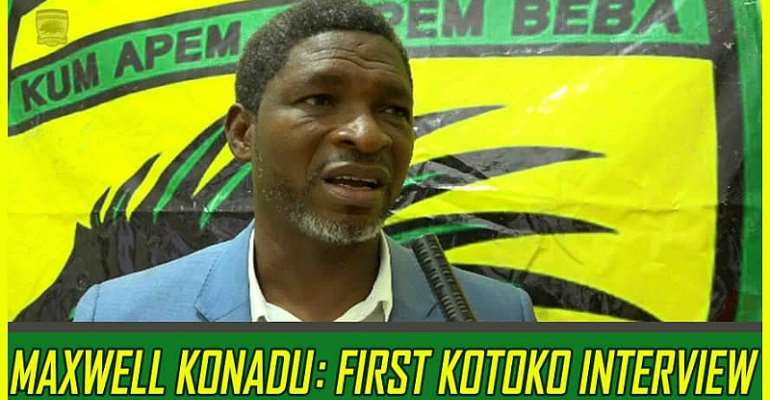 The Black Stars B manager was unveiled as the new head coach for the Porcupine Warriors on Monday evening following days of speculations on the back of the sacking of Norwegian tactician Kjetil Zachariassen.

In an exclusive first interview on the Kotoko Express App, Coach Maxwell Konadu has extended his appreciation to the top hierarchy of the club while calling for support from all and sundry to help him succeed.

After vowing to do his best for the club, the gaffer has also pleaded for patience from the supporters of the Reds to have the needed time to build a formidable side that will win laurels.

Watch Maxwell Konadu’s first interview after landing the Kotoko job in the video below.