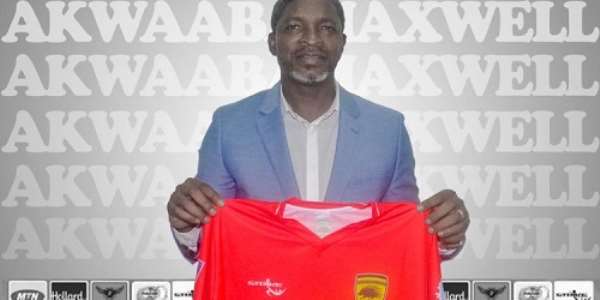 The former Wa All Stars gaffer was named as the head coach of the Porcupine Warriors on a two-year deal replacing Norwegian trainer Kjetil Zachariassen.

The former Black Stars assistant coach has been set a target to win the 2019/20 Ghana Premier League and qualify the team to the CAF Champions League group stage in his second year.

According to the NCC chairman, Maxwell Konadu has their support in delivering his mandate.

"Maxwell has the supporters backing and they have assured me that they will be trooping to the stadia to support him," he told Asempa FM.

This will be Konadu’s second spell with the 24-time Ghana Premier League champions.

He was the coach of Kotoko during the 2011/12 season when the Porcupine Warriors won their 22nd league title losing just 3 games.

Konadu was voted as the manager of the tournament at the 2019 WAFU tournament which the Black Stars B came second to Senegal in the final after losing on penalties.

Maxwell Konadu first task since his appointment will be to clear a hurdle against arch-rivals Hearts of Oak in the replay of the President's Cup coming off on Sunday, December 15.