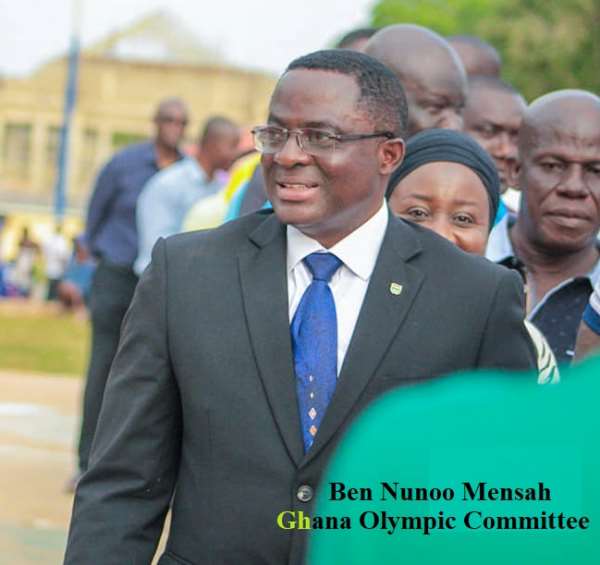 Mr Ben Nunoo- Mensah, the President of the Ghana Olympic Committee (GOC) has urged women to take up leadership roles in sports, in order to meet up the 30% requirement in the next administration of GOC.

Women are expected to make up 30% of the next Executive Board of the GOC.

According to Mr Nunoo-Mensah when women take up leadership positions in the various federations, it would make up the required percentage for the GOC, adding that it would also change their fortunes and that of the International Olympic Committee (IOC).

He made this statement at the 2019 Women’s Sports Empowerment Colloquium which was organised by Women’s Sports Association of Ghana (WOSPAG) and was under the theme “Gender advocacy and empowerment through sports.”

The event brought together women in all the sporting disciplines as well as women sports administrators to deliberate on how to equip themselves for leadership positions.

The GOC boss explained that the IOC had made a conscious effort to ensure a fair representation of women on the committee adding that women need to take up the challenge.

“You are allowing the men to override you, it is the time women in the sporting fraternity take their destinies into their own hands. The men would not give it to you on a silver platter if you don’t demand it from them,” he said.

He explained that the reason most women shy away from sports was the myth that women who engage in it would not be able to give birth, while cultural beliefs had also made them to shy away from certain leadership positions within the sports fraternity.

The GOC President urged the men to give women the opportunity saying “if women are in a leadership position, they would think of us the men.”

The president of WOSPAG Madam Joyce Mahama said for women to be able to take up leadership positions, they need to avail themselves to be educated.

According to her, women should not expect to be given leadership on merit but rather they should ‘fight’ for it through constant education and training.

“We can no longer settle for the crumbs like sharing of food and other menial or insignificant positions at the various federations but it was time we come into the limelight and be part of the decision-making body,” she said

She called on the women to take education seriously to be better equipped for positions in the various federations.

Other dignitaries at the event were the president of the National Paralympic Committee (NPC) Samson Deen, Deputy Director-General of the National Sports Authority (NSA) in charge of technical Saka Acquaye and the Executive Director of Women In Sports Association, Madam Gloria Commodore.