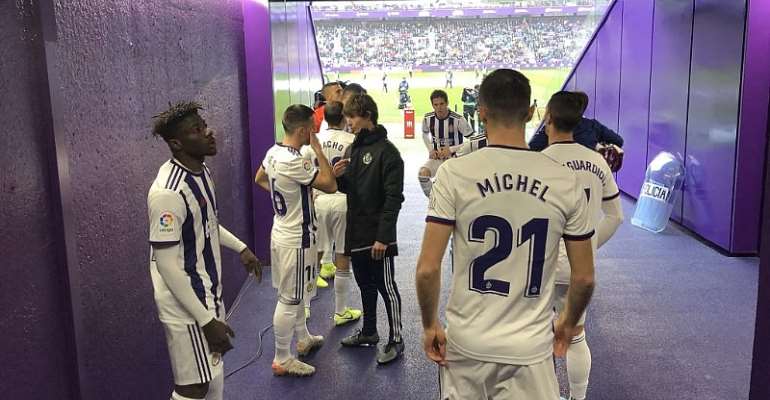 Real Valladolid coach, Sergio González has heaped praises on Ghana defender, Mohammed Salisu after a stalemate against Real Sociedad over the weekend.

The enterprising centre back who has been linked to Manchester United put up another solid display which caught the attention of the fans.

Speaking to the press after the game, the gaffer said, “He has been much better than in previous games. In the end, he had his moment that has not been as successful as usual.

"He has made a cut between the two plants, which has gone to the ground, which is worthy of praise.

"Just as he had two individual failures last week, he also had a play that crossed very well.

Salisu enjoyed the entire duration of the game.