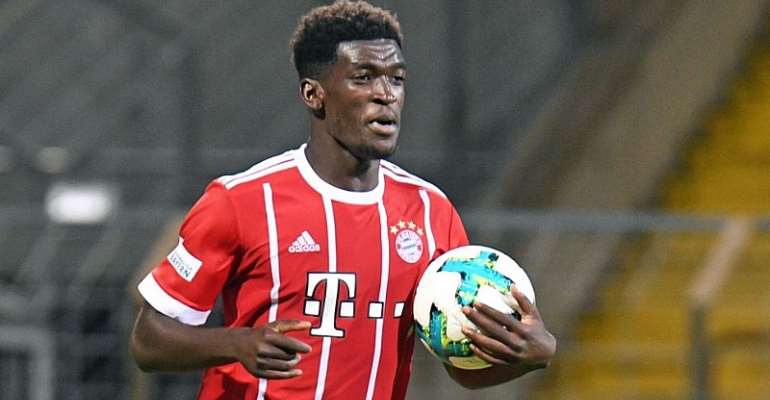 Ghanaian winger Kwasi Okyere Wriedt was in fine form on Sunday afternoon when he bagged a brace for his Bayern Munich II side in their 3-2 defeat to Duisburg.

Unlike the home team who is currently leading the standings of the German 3.Liga, the reserves team of Bayern Munich is enduring a difficult spell in the division and was hoping to amass all the 3 points from the matchday.

Unfortunately for them, a slow start in the first half saw them conceding twice before the break. First, Tim Albutat shot Duisburg into the lead on the 31st minute before Vincent Vermeij added a second five minutes later.

After the recess, Bayern Munich II showed glimpses of their attacking threat and ended up winning a penalty kick. Dangerman Kwasi Okyere Wriedt stepped up and calmly converted to bring the scoreline to 2-1.

Determined to keep hold of their top of the table status, Duisburg took charge of the match and score a third to put the game to bed on the 67th minute courtesy a strike from Lukas Scepanik.

In the dying minutes of the match, Kwasi Okyere Wriedt was presented with a good goal-scoring opportunity and made no mistake as he found the back of the net to complete his brace.

It was however not enough to save his Bayern Munich II side from the narrow 3-2 defeat at the hands of Duisburg.

The 25-year-old continues to impress in the division and now has as many as 12 goals in the German 3.Liga.