Dauda Mohammed Excel For Esbjerg In Narrow Defeat At SønderjyskE 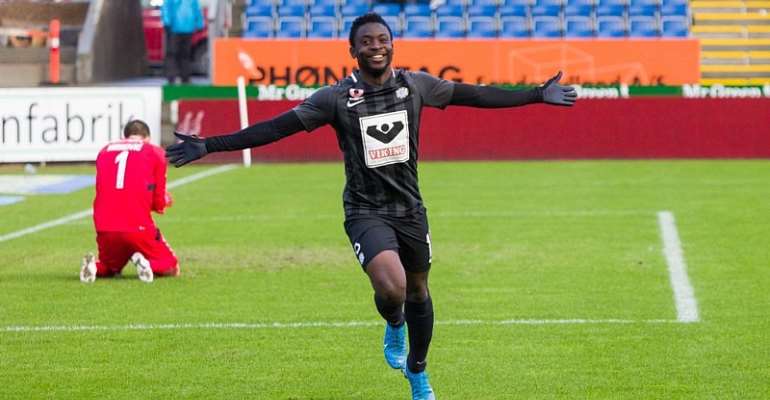 Ghanaian youngster, Dauda Mohammed was on target on Sunday for his Esbjerg club when they suffered a 2-1 defeat at the hands of SønderjyskE in the Danish Superliga.

Esbjerg has been struggling since the start of the 2019/2020 Danish top-flight campaign and was hoping to take hold of all three points at stake in a bid to climb out of the relegation zone.

The team’s plan worked perfectly at the beginning of the match and yielded results on the 9th minute with former Kumasi Asante Kotoko striker Dauda Mohammed shooting the side into the lead.

They only managed to hold on for the first half and allowed SønderjyskE to crawl their way into the game. The home team restored parity through Artem Dovbyk on the 78th minute before a late penalty converted by Cristian Jakobsen condemned Esbjerg to another disappointing defeat.

Dauda Mohammed who is currently on a season-long loan from Anderlecht lasted the 61 minutes of the game.

His goal is his second of the season after making 10 appearances for Esbjerg in the Danish Superliga.