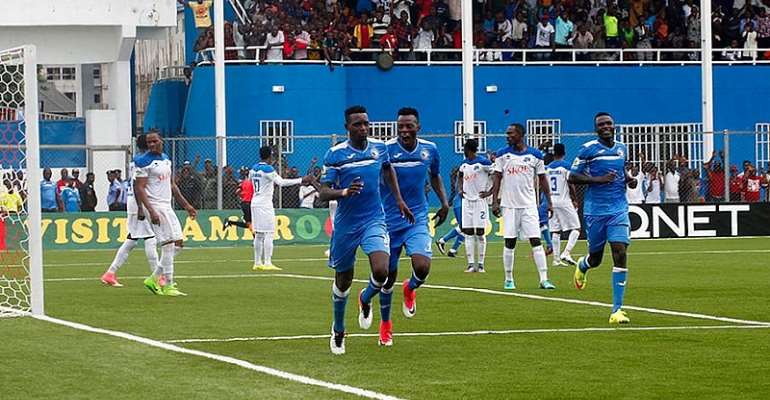 Enyimba are up and running in the 2019-20 CAF Confederations Cup group stages thanks to a 1-0 win over FC San Pedro at Enyimba International Stadium in Aba on Sunday afternoon.

Victory moves the Peoples' Elephant up to second place in Group D, level on points with Hassania Agadir who are away to Paradou AC in Algeria later this evening.

The visitors were the better team in the opening exchanges and had the ball in the back of the net in the eighth minute, but the goal was chalked off with the assistant's flag raised for offside.

A breathless half ultimately ended goalless with both teams unable to convert one of their chances.

The only goal of the game finally came in the 64th minute as Martins Usule fired home on the volley after the ball kindly fell into his path, 14 minutes after rising off the bench.

Usule should've doubled the Nigerian champions' lead three minutes later, but he failed to convert from close range. It mattered little, though, as his strike proved to be the difference between the two sides on the day.