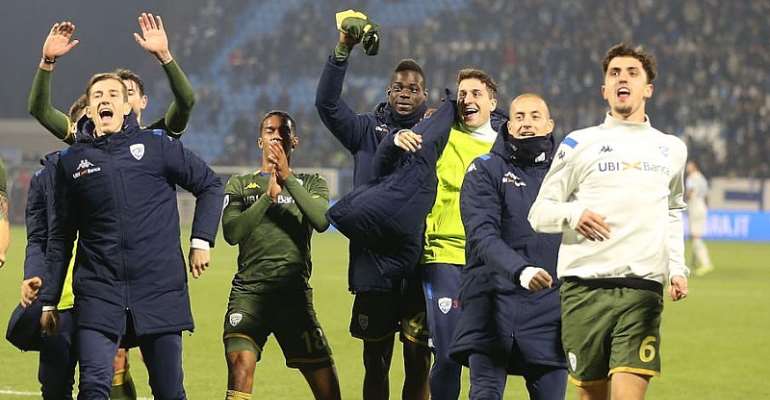 Forward Mario Balotelli gave struggling Brescia a 1-0 win at SPAL to lift them off the bottom of the Serie A table on Sunday as Eugenio Corini took charge of the team again little more than a month after being sacked.

Coach Corini, who lifted Brescia out of Serie B last season, was fired following a defeat at Verona but then rehired after his replacement Fabio Grosso lost all three games in charge, without his team scoring a goal, and was himself dismissed.

Grosso also dropped maverick forward Balotelli for one match, saying he had not put in enough effort in training.

Balotelli scored the only goal in the 54th minute of the meeting between Serie A's bottom two sides, tapping in from close range, after SPAL goalkeeper Etrit Berisha had blocked two shots in succession, for his third goal of the season.

SPAL won a penalty in the 74th minute but Andrea Petagna saw his effort saved by Jesse Joronen.

Former Manchester City, Inter Milan and AC Milan forward Balotelli has struggled since joining Brescia this season and was also the victim of racist insults at Verona.

"I saw a mature player," said Corini when asked about Balotelli's performance. "Sometimes he drops off a bit but I want him connected for the whole game. If he learns to play collectively, he'll have even more fun."

Balotelli was asked about a possible Italy recall for Euro 2020. "Everyone wants to play in the European championship but for me the important thing is to save Brescia. That's what is in my head," he said.

Brescia moved up to 19th in the 20-team table with 10 points, one ahead of SPAL.