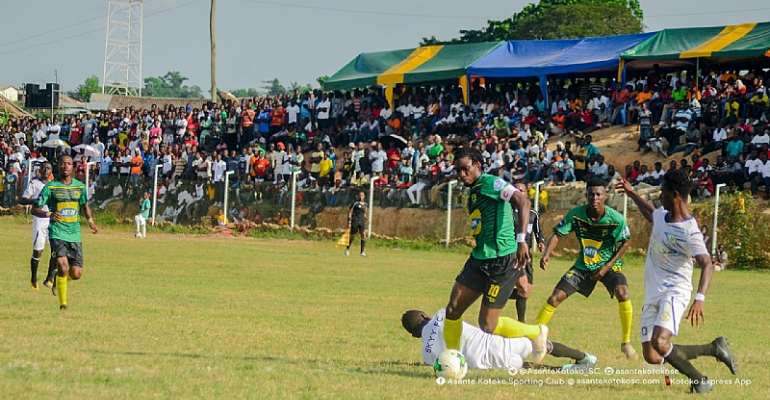 Kumasi Asante Kotoko has played out a goalless draw match against Skyy FC earlier this afternoon at the St. Martin's Park in Daboase in a friendly match as they continued their preparations ahead of the start of the upcoming league season.

The Porcupine Warriors are determined to clinch the 2019/2020 Ghana Premier League season and have intensified training in the past week.

The Reds were in action on Friday afternoon at the Robert Mensah Sports Stadium and cruised past Ebusua Dwarfs with a 2-0 win courtesy strikes from Emmanuel Gyamfi and Sogne Yacouba.

In today’s fixture between Kotoko and Skyy FC, however, it was a different tale as the home side put up a resilient performance to stop their Ghana Premier League opponent from getting their way.

A first-half dominated by the Kumasi-based club ended goalless with the Division One League side also managing to get into dangerous positions at times.

Several changes in the second half looked like the Porcupine Warriors will go on and get on the scoresheet but their efforts were not enough as the pre-season friendly match between the two teams ended in a stalemate at the end of the 90 minutes.

Kotoko is expected to continue training next week as they look ahead to the start of the new season which has been scheduled for the weekend of December 27-29, 2019.