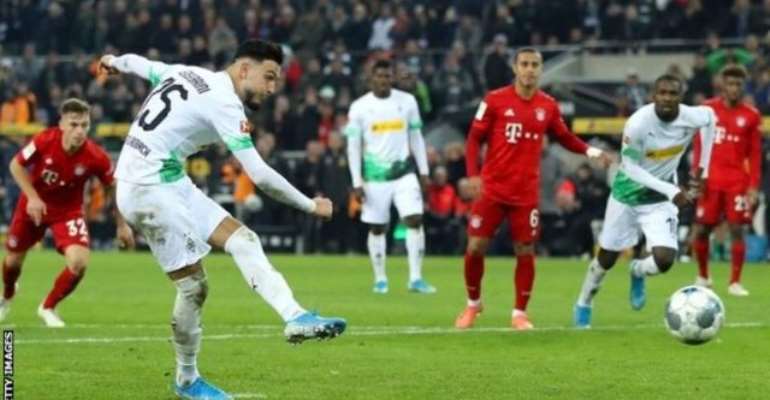 Bayern - who have won the title for the past seven years - are now in sixth, seven points behind Gladbach.

They had led when Ivan Perisic smashed home from the edge of the box.

But Ramy Bensebaini powered in a header to level and then scored an injury-time penalty to seal a dramatic victory after Javi Martinez fouled Marcus Thuram in the box and was sent off.

Monchengladbach, who last won the title in 1977, are one point above RB Leipzig - who beat Hoffenheim 3-1.