Ayew, Schlupp Feature for Crystal Palace Against Watford In EPL 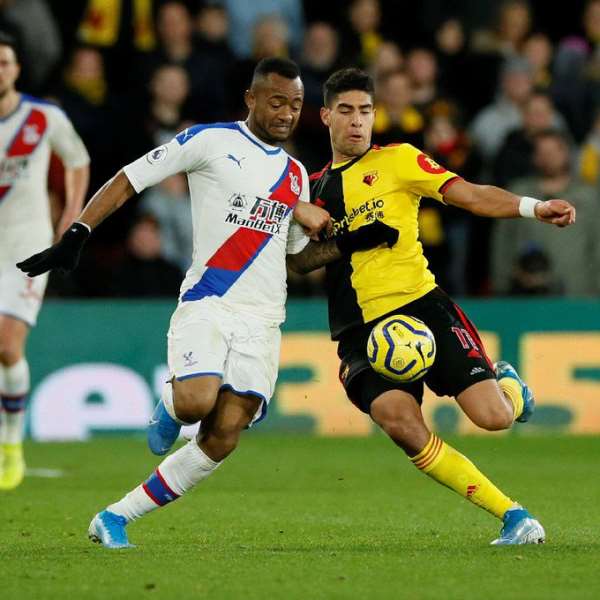 Ghanaian pair of Jordan Ayew and Jeffrey Schlupp featured for Crystal Palace on Saturday afternoon at the Vicarage Road when they drew goalless against Watford in the English Premier League.

The two Black Stars players have been in fine form for the Eagles side since the start of the 2019/2020 campaign and deservedly earned a place on the starting lineup of their team named by manager Roy Hodgson.

A first of limited clear cut chances for both teams ended with neither side unable to break the deadlock.

Both clubs returned from the break determined to grab the equalizer that would have earned them the maximum three points. Despite the efforts of the attackers, it remained goalless at the end of the 90 minutes with Palace who played as the away team happy to have to share the spoils with Watford.

Jordan Ayew lasted the entire duration of the match while Jeffrey Schlupp was replaced at halftime by Jairo Riedewald.