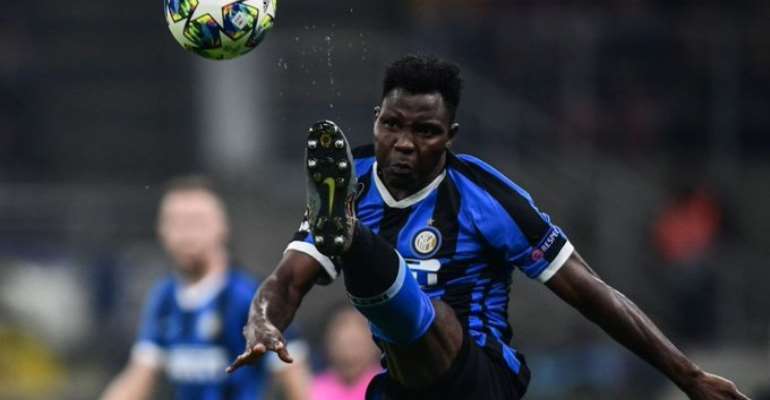 Ghana international, Kwadwo Asamoah made a return to action as Inter Milan drew 0-0 with AS Roma at the San Siro in the Serie A on Friday night.

The 30-year old had been out with a knee injury since the end of October and missed the entire month of November.

The former Udinese ace was back among the substitutes in Inter’s last league outing against SPAL which ended in a 2-1 victory but was unused.

This time he came on for Borja Valero in the 72nd minute.

Asamoah still managed to have eight touches on the ball, five accurate passes (100%) and one clearance.

Antonio Conte's side remain top of the Serie A standings, but their failure to win means Juventus could retake pole position if they defeat Lazio at Stadio Olimpico on Saturday.

Asamoah will be hoping to have his starting berth back when the Nerazzurri wrap up their Champions League Group F campaign at home to Barcelona on Tuesday, with the hope of making it to the last 16.