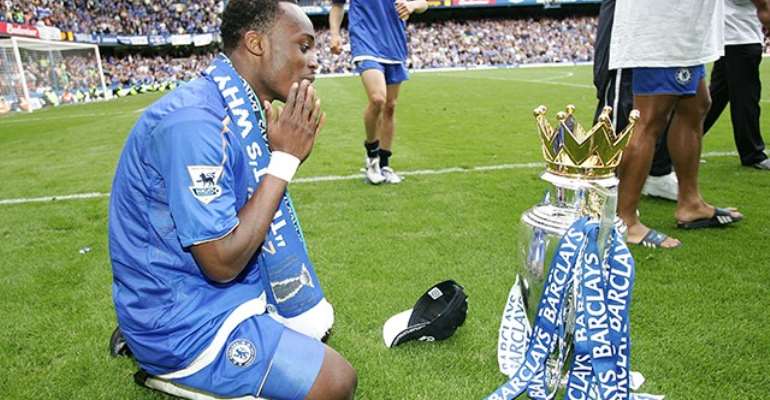 Ghana international, Michael Essien has revealed that he was eager to hit the ground running at Chelsea to prove his critics wrong.

The Premier League side signed the former Liberty Professionals product for a deal worth £24.4 million from Lyon in a deal that stood many years as both an African record signing for a player.

Chelsea were criticized for breaking the bank to sign a midfielder, but the Ghanaian passed the test in London.

However, Essien has disclosed that he was keen to prove people who doubted his abilities wrong when he joined Chelsea.

Essien went on to become a cult hero at the Stamford Bridge due to his impressive performance.

He has made a shocking revelation after claiming that people just saw him as an ordinary midfielder prior to his move to Chelsea and questioned why the Blues will spend a huge amount on him.

“It was a transfer saga, but at long last I moved to Chelsea. People were not convinced as they said I am a midfielder and I didn’t deserve that huge amount but I was determined to prove them wrong and I did it.” Essien told Chelsea TV

“When I came to Chelsea, Mourinho sat me down and taught me about the system. I was to play in midfield alongside Makelele and Lampard. Makelele just sat in front of the back four and did all the dirty work whilst Lampard moved forward. I was young and full of energy that time so I was all over the pitch. After my duties in central midfield, I also joined the attack.”

“It was a great year as we won the Premiership back to back,” Essien added.