Clash On The Dunes: Will Joshua’s Power Prevail Against Ruiz’s Speed? 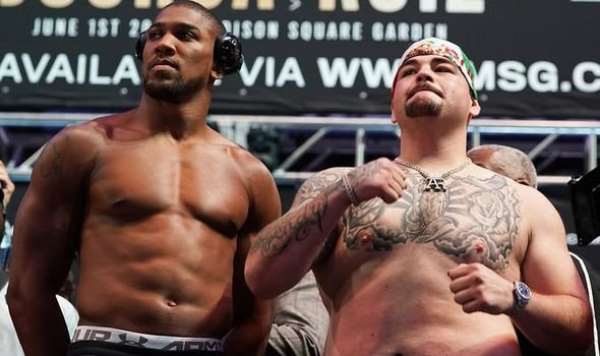 Six months ago Anthony Joshua entered the ring as a heavyweight champion of the world, holding three of the four credible belts plus the bonus IBO strap. Deontay Wilder, Tyson Fury, Anthony Joshua; boxing’s heavyweight division was very much a three-man party until it was gatecrashed by a chubby Mexican who came in as a last-minute replacement for Jarell Miller. The American tested positive for the banned substance GW1516, which boosts endurance and helps athletes burn fat.

While Miller was believed to be a genuine threat to Joshua, Andy Ruiz, whose most notable outing was a controversial loss to Joseph Parker was considered a burnt offering to appease the thousands of disappointed fight fans who had bought tickets and pay per view. Ruiz had other ideas, and perhaps if Joshua’s camp had paid attention to the Mexican’s 2016 fight against Parker, a different opponent would have been chosen- Bermane Stiverne perhaps.

The outcome of the bout in the summer shocked many but the world of Sports is awash with stories of last-minute replacements and massive underdogs rewriting scripts. Denmark’s triumph at Euro 1992 when they entered the tournament after Yugoslavia was disqualified mirrors what Ruiz did in the summer. Copa 2001 cannot be talked about without mentioning Honduras’ 2-0 victory against Brazil. Honduras entered the tournament as last-minute replacement for Argentina and went on to beat a Brazilian side that won the world cup a year later.

There aren’t shortages of examples in boxing; Hasim Rahman and Buster Douglas have been mentioned a lot in the aftermath of Ruiz’s triumph for their respective shock victories over Lennox Lewis and Mike Tyson. While Douglas never got the chance to repeat the feat and quell any talk of a fluke, if it ever was, Rahman lasted only four rounds in the rematch seven months after his victory in South Africa. Ruiz’s victory has been discussed in that light but only time will tell if he can repeat the dose and put to bed any questions about his place among the division’s elite.

It is easy to look at Ruiz’s body and write him off, and many did. The fact is Andy Ruiz is not a good boxer, he’s a great boxer, and he’s Mexican. It should count for something. His was a style match up nightmare for AJ. Camp Joshua made a lot of mistakes. Not paying attention to Ruiz’s 32 fight record was one of them. Half that number had been won by knockout. He shouldn’t have been written off.

Surely AJ’s mentality will not be the same, and the same can be said of Ruiz. Joshua believes Ruiz is not on his level but it’s hard to agree on the evidence of the first fight. Even more difficult is trying to ascertain exactly what was wrong with AJ in the first fight. He seemed not to be where he was supposed to be physically and mentally. Maybe he underestimated Ruiz. Maybe his preparation for the fight was tailor-made for Miller and not Ruiz.

There are a dozen maybes and it probably helps that the man has said he’ll make some revelations after beating Ruiz. The maybes notwithstanding, it will be unfair to attribute Ruiz’s victory to what Joshua did or didn’t do. The man deserves far more respect than he gets. He recovered from an Anthony Joshua knockdown and went on to put up a dominant performance to claim victory. That should count for something.

A lot has changed since the 1st of June 2019, especially for Andy Ruiz. He raked in a reported $7 million and has bought himself a new house and a Rolls Royce. He’s set to make another $9 million from the rematch on Saturday. Even more, telling are the changes in betting odds. 6 months ago Proboxingodds.com had Joshua as the sizable favourite with -2500, which meant you needed to wager $2500 to win $100. The website had Ruiz at +900 meaning a $100 bet would win you $900. Today the website has Andy Ruiz at +190 and Joshua at -210.

On Saturday Anthony Joshua returns to the ring as a challenger in a bid to reclaim titles he believes should be his. The ramifications of defeat for AJ cannot be overemphasized. His career will not be over by any stretch but his climb back to the top will be daunting. Surely that long-awaited unification fight against Deontay Wilder will be as good as dead. It’s a must win fight for AJ and he knows it. He’s got everything to lose and that makes the fight even more difficult. Boxing is a physical sport but AJ must win a mental battle to give himself any chance of winning against an opponent with nothing to lose. For Ruiz, victory means he rubber stamps his status as AJ’s replacement in that three man show at the top of the division.

Lucrative match ups against Wilder and Fury will be very much the talk of the boxing world. Make no mistake; he wouldn’t look out of place given his ability. Think about it, there was a time when Bermane Stiverne, Charles Martin and Lucas Browne were heavyweight world champions. The chubby Mexican-American is in a good place mentally. He only loses a fight if he comes up short. He wasn’t expected to be in this position. He goes into the fight with zero pressure on him and that gives him a mental edge over AJ.

Ruiz will most likely fight the same fight as the first, using his tremendous speed and counter-punching prowess to unsettle AJ. The compubox numbers from the first fight suggest Ruiz outworked Joshua. He had a 39-23 edge in power connects. AJ landed an average of just 7 of 25 punches per round. That pattern is not likely to change. If it goes to the scorecard Andy Ruiz is likely to come up tops. The best scenario of an AJ victory is via KO. This is very much a battle of speed vs power. Will Ruiz’s speed run through AJ or will AJ’s power prevail in Saudi Arabia? Will this be repeat or revenge? I say revenge via KO.