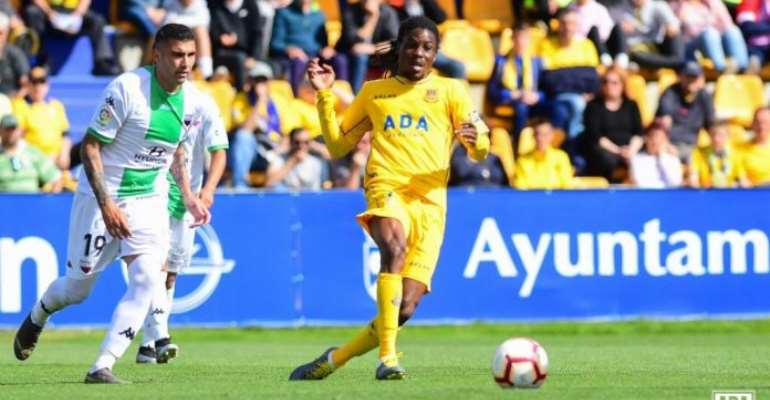 Ghanaian international Richard Boateng managed to find the back of the net this evening but, unfortunately, ended up on the losing side when his Alcorcon club was defeated 3-1 by Real Oviedo.

The two Spanish Segunda clubs have not had the best of campaigns in the ongoing 2019/2020 Spanish Segunda season and locked horns today in search of 3 points to better their positions on the standings.

At the end of a match that produced four goals at the Santo Domingo Stadium, it was the away side that emerged victorious to ensure they run away with the maximum points.

Midfielder Richard Boateng came to life on the 22nd minute and found the back of the net to reduce the deficit for Alcorcon while handing them a fighting chance in the second half.

The home team’s efforts was however not enough after recess as they failed to get on the scoresheet. Edgar Barcenas scored to complete his brace on the 74th minute to give Real Oviedo a 3-1 lead, ultimately handing them the win in the process.

Richard Boateng, 27, lasted 60 minutes of the match before he was replaced by Dani Romera.