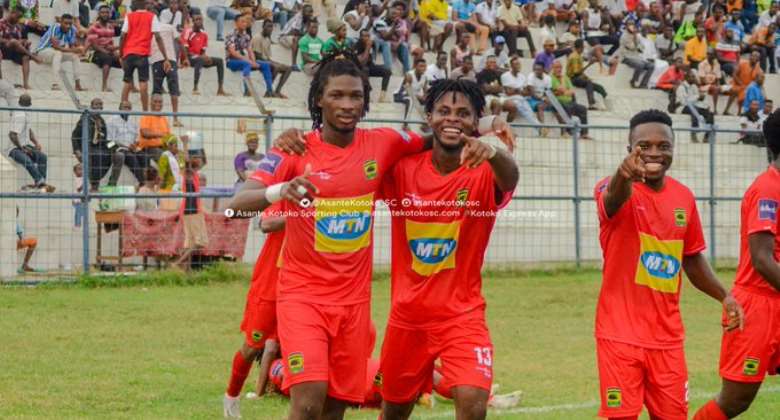 Goals from Emmanuel Gyamfi and Sogne Yacouba has handed Kumasi Asante Kotoko an emphatic 2-0 win against Ebusua Dwarfs at the Robert Mensah Sports Stadium this afternoon.

The two clubs are preparing for the start of the 2019/2020 Ghana Premier League season and decided to engage in a friendly match to give their respective managers the chance of assessing the strength and weaknesses of their teams.

In a match that kicked off at 15:00GMT, the Porcupine Warriors dominated for most parts and deservedly posted a convincing two-nil win over the Cape Coast-based Ebusua Dwarfs.

An impressive start to the match resulted in winger Emmanuel Gyamfi opening the scoring on the 22nd minute with a fine strike. Kotoko could have scored more but was wasteful in front of goal as the first half ended with just the one goal.

Dwarfs showed glimpses of their attacking threat but failed to capitalize on the half chances they created in the second half.

Eight minutes after the hour mark, Burkinabe danger man Sogne Yacouba found the back of the net to seal the victory for Asante Kotoko.

They are now set to proceed to Takoradi after today’s match ahead of another friendly match against Lower Division side Skyy FC which has been scheduled for Sunday.