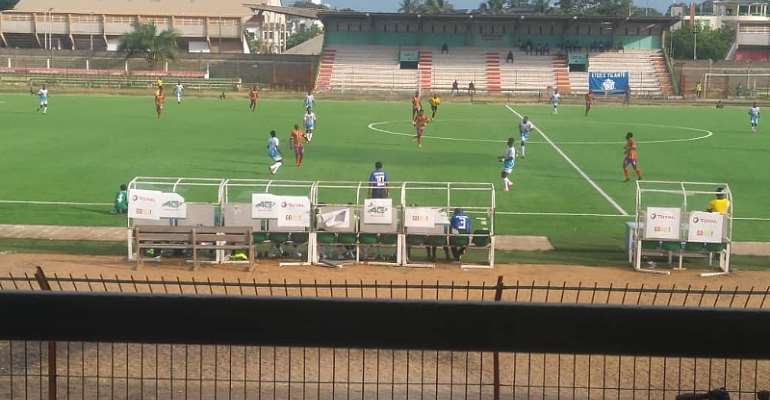 Ghana Premier League giants Accra Hearts of Oak has defeated Togolese side Etoile Filante in an international friendly match today as they intensified preparations ahead of the upcoming season.

The Ghanaian top-flight club is bent on having a successful campaign in the upcoming season and has been putting in a lot of work in the off-season.

Following a series of both low and high profile friendly matches in the country, they crossed border to Togo on Thursday to honour a friendly match with Etoile Filante today.

At the end of a very good exercise, the Phobians under the tutelage of manager Kim Tyrone Grant has recorded a 1-0 win over their opponent that is expected to boost the confidence of the team before the start of the new season.

Academy graduate Mitchelle Sarpong scored the only goal of the match on the 36th minute after the defenders of Etoile Filante had failed to clear a resulting loose ball from a corner kick.

Hearts of Oak returns home this weekend and are expected to continue training next week ahead of the 2019/2020 Ghana Premier League season which will kick-off on the weekend of December 27-29, 2019.