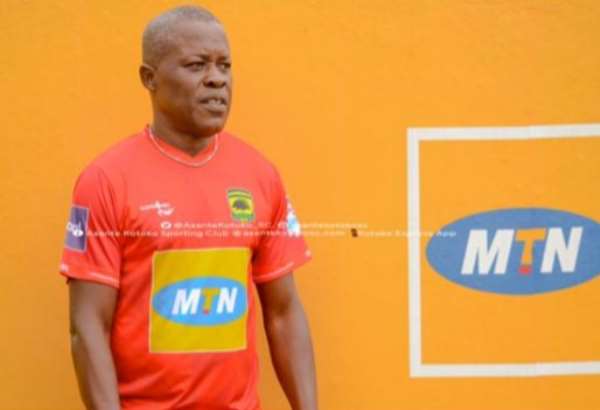 Head coach for Kumasi Asante Kotoko, Johnson Smith says he is leading his team into their friendly match against Ebusua Dwarfs this afternoon to play for the win.

The Porcupine Warriors traveled to Cape Coast on Thursday afternoon to honour two friendly matches against Dwarfs today as well as another against Takoradi-based Skyy FC on Sunday.

Ahead of the match against Ebusua Dwarfs, coach Johnson Smith in an interview on the Kotoko Express App has noted that their aim is to get the win because the results matter for his side as they continue preparations into the 2019/2020 Ghana Premier League season.

“We'll play for a win because result matters. We have trained the players on the transition of play from defense to midfield and to attack, and also on scoring. We want to see how they demonstrate these things in the game”, the Kotoko gaffer shared.

The friendly between the two top-flight clubs is scheduled to kick-off at 15:00GMT at the Robert Mensah Sports Stadium.