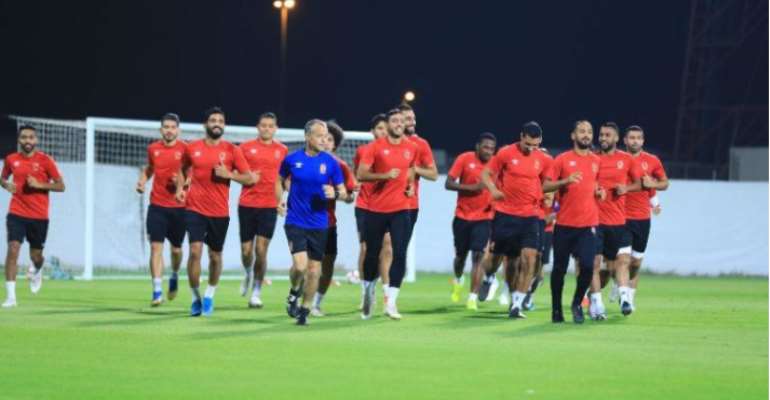 Al Ahly will battle with Al Hilal Omdurman in the 2019/20 Caf Champions League Group B match at the Al Ahly Stadium on Friday.

Kick-off is at 7pm GMT.
The Egyptian football heavyweights started their group stage campaign with a disappointing a 1-0 defeat to Tunisian side Etoile du Sahel away last week.

Al Ahly, who have won a record eight Champions League titles, are now desperate for their maiden victory in Group B.

Rene Weiler, the Al Ahly head coach, reflected on their defeat to Etoile and urged his troops to focus on their upcoming matches.

“It wasn’t an easy game. We lost a player (Ayman Ashraf – red card) early in the game and conceded a goal in the opening minutes of the second half which threw us off,” Weiler said.

“Etoile were excellent and were able to defend their side. We must accept the defeat and be prepared for the games to come.”

The Sudanese giants, who have finished as runners-up twice in the Champions League, beat Platinum thanks to Mohamed Eldai’s brace.

Al Hilal are now looking to consolidate their lead at the top of the group standings with a victory over a formidable Al Ahly side.

This will be the first competitive meeting between Al Ahly and Al Hilal since 2007.

Al Ahly will be seeking revenge as they were thrashed 3-0 by Al Hilal in the Champions League Group B match in Omdurman on 19 August 2007.