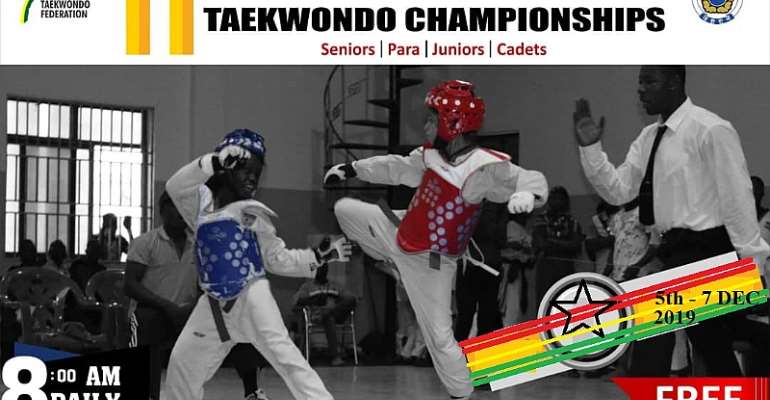 The 11th edition of the annual Championships which is sponsored by the Embassy of the Republic of Korea promises to be an improvement from last year’s edition, as it included for the first time, Cadet and Juniors categories.

This year’s event which focuses on the major participation of athletes from the regional Associations by providing support to at least 6 people from 9 regions (minus Greater Accra), has the theme, ‘Developing Taekwondo in the regions’.

With Red 1 Kuep or above rank for the Seniors Category, all regional Associations are to register 20 athletes for the 8 each weight categories in sparring.

President of the Ghana Taekwondo Federation, Frederick Lartey Otu has emphasised on the importance of including the Regional Associations.

“The regions have been requesting for support to have large numbers participate in this yearly Championships. And it is very important that we focus on developing the sport in the regions, now that we administratively have 16. We’ve realized that only a few of them are able to put themselves together and organize regional Championships. We’ll be able to identify talents and as well as challenge the regions to organize championships.” He told TalksenseSports.

Other Categories, Para, Juniors, and Cadet are open and registration will be Club based as compared to the Seniors who will register through their Regional Associations.