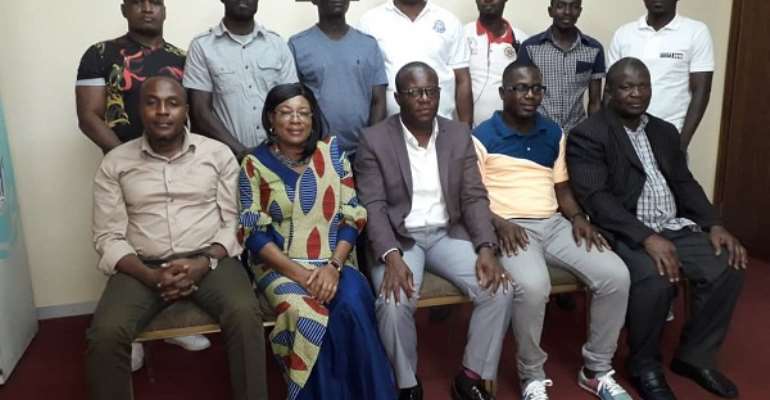 The GA which will follow the Seniors category matches of the 11th Korean Ambassador's Cup Taekwondo Championships is expected to begin at 4pm at the Hall of the venue.

With all Member Regional Association's (MRA's) Senior athletes expected to compete in the 3-day Championships which focuses on 'Developing Taekwondo in the regions', the GTF aims at using 1 stone to kill 2 birds as lots of deliberations and decisions will be taken for the fast growth & development of the combat sport.

The gathering will discuss among many, Registration and Annual dues for Individual members, Clubs and MRA's, development plans & reports for MRA's, as well as take a look at Activities for the year 2020.

Frederick Lartey Otu is the President of the Ghana Taekwondo Federation and he emphasizes on the need for the General Assembly.

"We saw the need to have this General Assembly because this year, all MRA's are coming. It is very important that we take certain decisions that will help us move forward in developing the sport. We're thankful to the Embassy of the Republic of Korea for the sponsor. The General Assembly is a very important part of governing the Federation and we hope to have a successful one." He told TalksenseSports.

Per Article 4.10 of the GTF Constitution, 2 reps from each of the registered MRA's are eligible to attend the GA.

All MRAs that have been duly served letters regarding the General Assembly are required to participate.

The GTF in January this year, met with Chairpersons of the Regions at the GOC to discuss programs for 2019.

The 11th Korean Ambassador's Cup Taekwondo Championships which starts at 8am each day will have its Opening Ceremony at 11am on Thursday, December 5, 2019.

Meanwhile, Closing date for registration of the Championships which is Open to Cadet, Para & Juniors but limited to Seniors from the Regions is Tuesday, December 3, 2019.