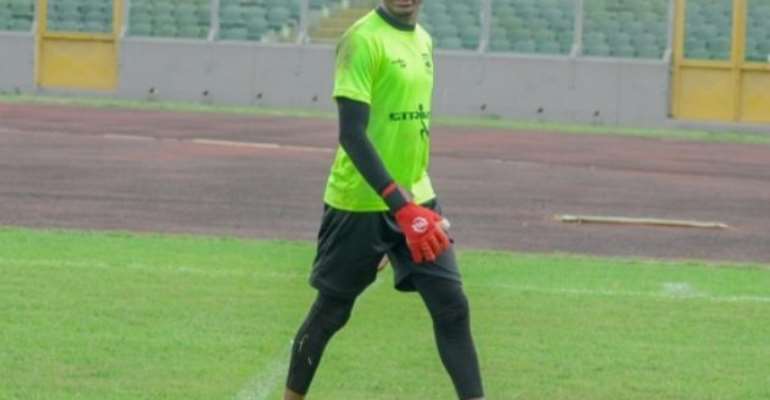 Asante Kotoko goalkeeper, Felix Annan has stepped recovery training after being left out of action for two weeks.

The former WAFA star has been sidelined since late last month with an ankle injury that forced him off in the first half of the Porcupines’ training match at Adako Jachie.

Reports say Annan needed about two weeks to recuperate. And he and the Medical Team have confirmed to Kotoko Express App that, the recovery has gone according to plan.

“Felix Annan can start light training next week,” confirmed Deputy Head of the Medical Team, Emmanuel Owusu Ansah. “He was asked to rest the ankle for two weeks for the swelling, pains and other clinical manifestations to go down or resolve before he could get back to full-contact sports.”

“His comeback, however, depended on how well he would be by now. He has been out for a week and he is doing fine and can start with some conditioning works before he finally joins up with his colleagues.”

When asked if his recovery was going as planned, Felix Annan answered in the affirmative as he corroborated the Medical Team’s confirmation of his comeback.

“My recovery is going very well and I can start light training next week”, said the influential goalkeeper. “I do not feel any pains in my ankle and the swollen is also no more.”