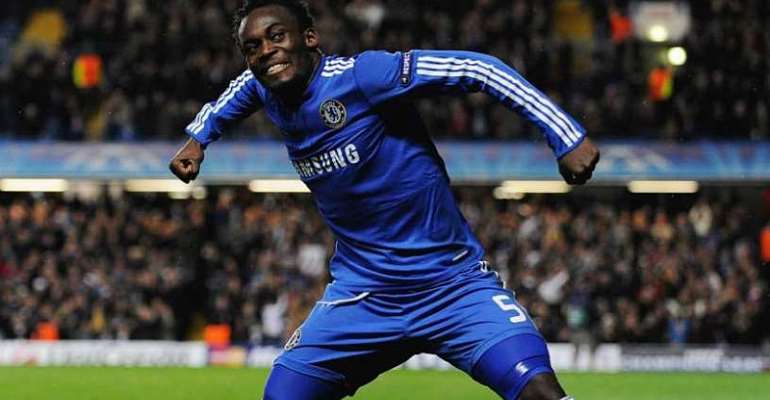 Ghana midfielder, Michael Essien has chosen his strike against Arsenal at Stamford Bridge as his best for Chelsea.

The 37-year-old who established himself as one of the best midfield kingpins at the club scored an audacious goal in a London derby in December 2006.

Essien who was used in every position from defence to midfield during his nine-year stay in London scored 25 career goals for the Blues and he has singled out the stunner in the game with Arsenal as his all-time greatest.

“Obviously, people always ask me about my best goal at Chelsea and I say the one against Arsenal although the Barcelona goal was also great. Arsenal are our greatest rivals so scoring a goal like that against them you have to put it on top.” Essien told Chelsea TV.

“It was a difficult game for us, we were losing 1-0, Ashley Cole retrieved the ball from the back and found Lampard. I just asked for the ball from him and without thinking twice, I hit the shot. At first, it seemed like it was going off target but it entered the net.”