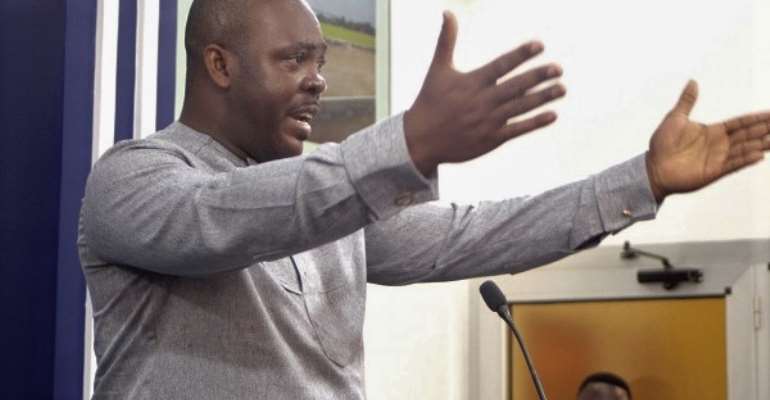 The multipurpose Olympic Stadium to be constructed for the 2023 African Games to be hosted by Ghana will be sited at Borteyman, near Amasaman in the Ga West Municipal Assembly in the Greater Accra Region.

The stadium, which will be constructed on a 150-acre land is among the facilities being constructed nationwide to encourage the youth to nurture their skills more proficiently.

The sector Minister, Mr Isaac Kwame Asiamah, who announced this when he took his turn at the meet-the-press series in Accra yesterday said the ongoing projects would be completed soon to facilitate the hosting of the All Africa Games where Ghana is poised to haul many medals.

He explained that apart from the Olympic Stadium, as many as 10 new sports stadia being constructed in the 10 regional capitals were 70 per cent complete.

Dignitaries
All the heads of the agencies and other stakeholder units under the MoYS were at the media encounter and this included the Minister of Information, Mr Kojo Oppong Nkrumah, Deputy Minister of Youth and Sports, Mr Perry Okudzeto, Director General of the National Sports Authority, Professor Peter Twumasi, President of the Ghana Football Association, Mr Kurt Okraku, and the Director of the Winneba Sports College, Mr Eric Nkansah Dwamena.

He revealed that work was also progressing steadily on a 20,000 capacity stadium at the University of Ghana, Legon.

“All these sports infrastructure forms part of the New Patriotic Party (NPP) manifesto of investing massively in sports facilities to accelerate the development of sports in Ghana,” he explained.

Falling standards
Attributing the falling standard of sports to lack of sports infrastructure in the country, Mr Asiamah noted that “the growing population has not been matched with the development of sports facilities across the country. Our children are playing on the streets because they have no sports facilities to nurture their sports potential. The talents are there but they need space, hence our commitment to develop such infrastructure to give them an opportunity to nurture and develop their potential more efficiently to make them competitive with their peers during international tournaments.”

Describing Ghana as a country blessed with many budding stars, Mr Asiamah said “the youth constitute a major source of our human capital, so we are investing in these sports infrastructure across the country to give them sufficient space to develop their sports potential more proficiently to accelerate the socio-economic development of the country.”

Mr Asiamah further intimated that the provision of the right facilities across the country would help in the development of all sports disciplines as a way of offering sports “a new life in Ghana.”