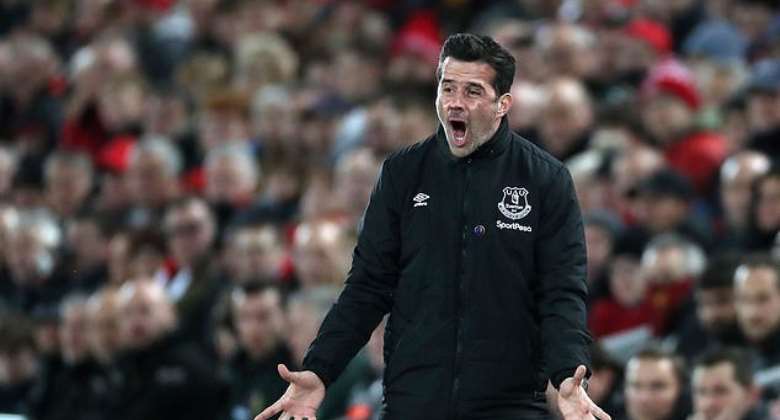 Everton have sacked manager Marco Silva after 18 months, with the club in the Premier League relegation zone after their Merseyside derby humiliation.

Wednesday's 5-2 defeat by Liverpool at Anfield was their ninth of the season and leaves them 18th in the Premier League after three successive losses.

Everton are now searching for their fourth permanent boss since Roberto Martinez was sacked in May 2016.

Former Everton manager David Moyes has been considered as a potential interim successor, but the suggestion has sparked a largely negative reaction from supporters and it remains to be seen whether majority shareholder Farhad Moshiri and his boardroom colleagues ignore that and invite the 56-year-old Scot to return.

Moyes spent 11 years as Everton manager, and his return has been seen by fans as a retrograde step given his lack of success since leaving for Manchester United in 2013.

He was sacked at United and Real Socieded and was in charge of Sunderland when they were relegated from the Premier League before having a short spell at West Ham.

It has been suggested that if Moyes does return he could bring another Everton old boy Tim Cahill back as his assistant.