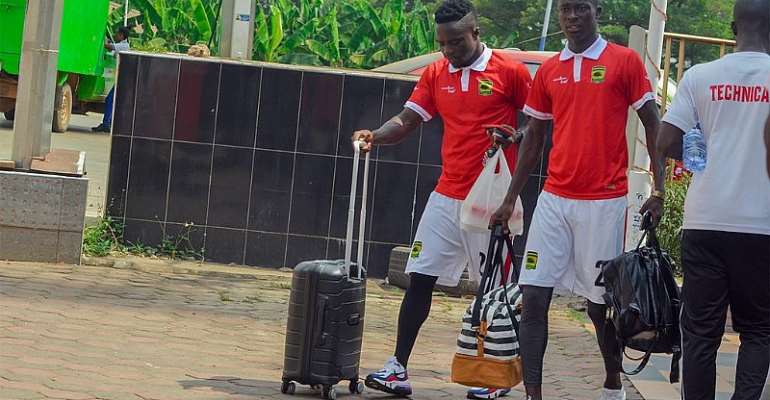 Asante Kotoko has this afternoon departed Kumasi for Cape Coast ahead of their scheduled double-header friendly matches against Ebusua Dwarfs and Skyy FC.

The Ghana Premier League giants are preparing for the upcoming 2019/2020 top-flight season and have decided to test the strength of their squad by engaging the two teams this weekend.

First, the Porcupine Warriors will make a stop at Cape Coast where they will lock horns with Ebusua Dwarfs at the Robert Mensah Sports Stadium on Friday, December 6, 2019, at 15:00GMT.

The team will then proceed to Takoradi to play against Lower Division side Skyy FC on Sunday, December 8.

Acting head coach Johnson Smith is expected to be in the dugout for both matches in the midst of speculations indicating that management of Kotoko has settled on Maxwell Konadu as their new manager.