Jordan Ayew Is Heading For His Best Season Ever 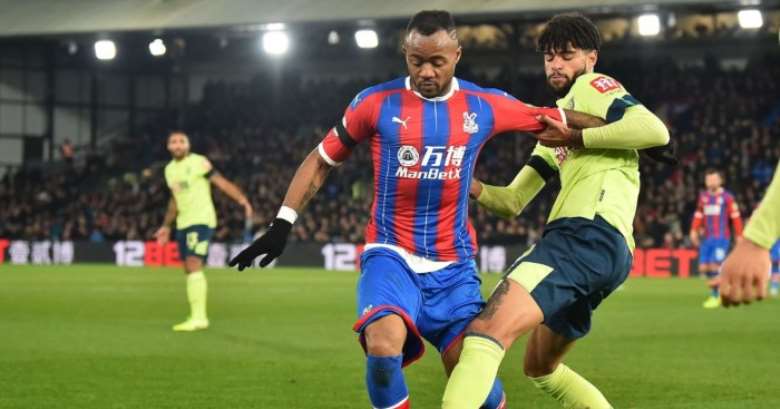 Back at the beginning of July, Jordan Ayew scored the first of Ghana’s two goals against Guinea Bissau in the Africa Cup of Nations. He collected a pass just beyond the halfway line, hustled and bustled his way past a defender and into the penalty box, and then lifted his finish into the top corner.

At the point of scoring, it was a really artistic goal. Including the seconds before, with all of its component parts, it was also indicative of what Ayew is as a player and what, currently, it is that’s making him successful at the top of Crystal Palace’s formation. The willingness to make the run, the optimism to take on his markers, and then the composure to finish.

A few months later, he would score exactly the same goal, but this time for Palace, at home against Aston Villa. Again a breaking run, then a stumble through the tackles, before a nice, neat finish across the goalkeeper. Ayew isn’t the most gifted player in the world. In truth, seeing his range of attributes in synthesis is a rare treat and it’s not often during his time in English football that they’ve harmonised.

He scored a couple of nice goals for Swansea, including a rasping drive against Palace back in December 2017. He also dug a long-ranger out of the sodden turf at St James’ Park during his time at Villa. But he’s really a bits and pieces attacker. Not even a real centre-forward at all, actually, more just a broadly encouraging set of attributes which, in various doses, can be depended on to do Good Things in Attacking Areas.

I’ll cheerfully admit to having been sceptical about him in the past, even scathing as to what the dependency on him suggested about Palace’s squad, but there was good reason for that. He’s never been prolific, only once has even reached double figures in a league season, and he hardly seemed like adequate compensation in light of Christian Benteke’s terminal loss of belief.

On Tuesday night Ayew didn’t score. He didn’t register a shot on target either. Given Mamadou Sakho’s early red card and the withdrawal of Andros Townsend at half-time, he could have expected a disconnected night. In fact, only Wilfried Zaha had more touches of the ball (58) and, while his work didn’t always come with any tangible reward, Ayew managed somehow to be a continuous presence in the game and in all sorts of different ways.

He ran. He tackled. He made clearances from inside his own six-yard box. He received passes in both channels, in the centre-circle, and on the edge of his own penalty area. Yes, he also surrendered the ball, but – at times – he and Zaha were the only two Palace players in Bournemouth’s half and solely responsible for exerting an attacking threat and maintaining any sort of pressing rhythm.

Miraculously, that eventually told. That was partly to do with their opponent’s failings, which are covered in more detail here, but also – perhaps – the knock, knock effect of Ayew’s persistence. Bournemouth were irritated by him and, albeit in a tenuous way, that seems relevant to their general lack of rhythm throughout the night and how frequently they gave the ball away. It was from that growing uncertainty that he nearly profited when he slalomed through three or four tackles only to see his shot blocked on the edge of the box. But it was from the very next phase that Jeff Schlupp did score as, typically, Ayew peeled away to the back-post, making the run that kept Nathan Ake from making a block.

This wasn’t one of those performances which came with many headlines. It was blue-collared rather than outright brilliant and its substance was near-subliminal at times. Rather like Palace in general, actually, who have spent most of this season under the radar after having been belittled by nearly every writer in the country during July and August. Back then, Ayew was another reason for them to fail. According to me, another indication that they were heading for relegation.

How disrespectful. And so far, how inaccurate. This was another fine instalment in a season which is pitching well above expectations and, on current trend, might become the best of Jordan Ayew’s career.