The Year Of Mohammed Salisu 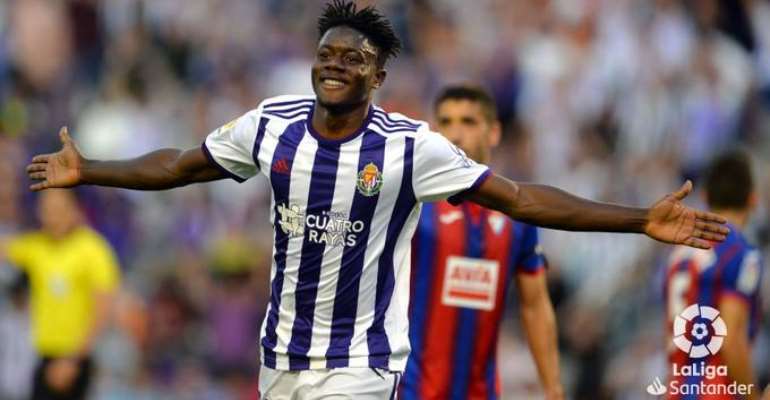 As happened last year with Fernando Calero, this season has been the emergence of the 20-year-old defender Mohammed Salisu.

Despite his young age, the Ghanaian player has managed to make the stature and become an important figure for the whitish behind.

After going through the lower categories of the club, Salisu was chosen to replace the central Valladolid who left this season for RCD Espanyol.

At the beginning, there were many doubts regarding Sergio González's decision to align a player with so little experience in the competition, but it did not take many games for the Ghanaian to win the pucelana fans with very good performances day after day. Without a doubt, he has become one of the key players of this Real Valladolid.

Salisu is a centre of those who offer you a security and a hierarchy in the centre of the indisputable defence, and that next to the settled Kiko Olivas form an almost perfect couple in the rear.

Analyzing more technical aspects, the young Ghanaian goes very well to the court and stands out in the air game thanks to his 1.91 m high, not only when it comes to clearing balls, but also when he finishes offside moves, He has even scored a goal like this against Eibar.

The only drawback that can be put to this player is at the time of taking the ball played from behind, something in which Fernando Calero stood out, but that is due to the lack of experience and most likely in the future the best and.

What is clear is that Mohammed Salisu will be one of the revelation players of the season and will be on the lips of many fans and teams of this sport.

Savannah: NADMO to clear buildings on waterways after heavy ...
31 minutes ago