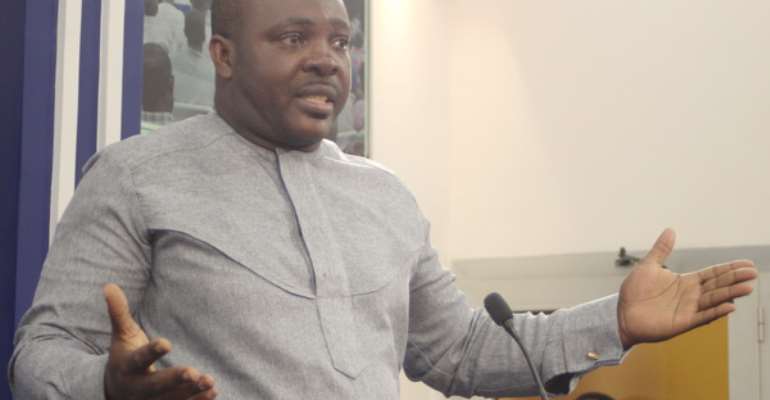 Youth and Sports Minister Isaac Asiamah has discounted the long-held rumours of an existing ‘mafia’ within the ministry credited with several misdeeds.

According to the minister, rather than the so-called mafia of which he had heard so much about prior to taking office on 10th February, 2017, he discovered “a team of dedicated and loyal workers and volunteers, who needed the right leadership and a clear direction to deliver on their mandate.”

Taking his turn at the Meet The Press series organized by the Ministry of Information, Isaac Asiamah said upon taking office, he realized that staff at the Ministry and its Agencies were despondent because they lacked the requisite equipment, facilities, training, environment and motivation to produce results.

He said while the office block of the ministry was in a dilapidated state, many of the offices had inadequate basic office equipment like computers, printers, photocopiers, telephones and air-conditioners.

“More disturbing was the fact that, the Ministry and its Agencies were engulfed in huge debt leading to even the disconnection of electricity to the Accra and Essipong Sports Stadia for two years; the seizure of a vehicle belonging to the National Sports Authority through court ruling; and the total neglect of maintenance of the National Stadia and other Sports Facilities like the Azumah Nelson Sports Complex and the National Sports College in Winneba.”

According to Isaac Asiamah, within 13 months in office and with the support of his hardworking staff, a good number of actions have been taken or are in progress which have changed the story.

He said given the depth from where his administration began work, there is no doubt that modest gains have been achieved within the 13 months. He added however that a lot more needs to be done.

“I wish to assure the good people of Ghana of my Ministry’s unflinching commitment to improving the lot of our youth to enable them live meaningful lives and contribute to national development.

“We are also committed to providing and maintaining the necessary infrastructure for sustained development in sports and to ensuring that sports is used as a tool to promote the image of Ghana and also as a tool for human and national development.”