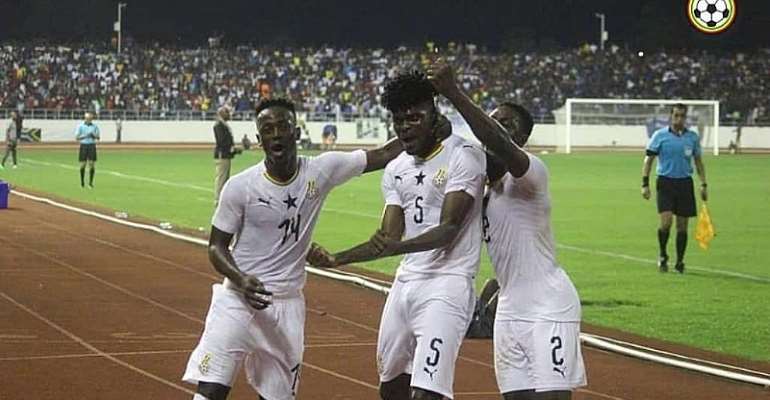 The Black Stars have still not been paid their winning bonuses for their wins against South Africa as well as Sao Tome and Principe in the qualifiers to the 2021 Africa Cup of Nations (AFCON) tournament, Sports Minister Isaac Kwame Asiamah has confirmed today.

The male senior national team of Ghana engaged in the two qualifying matches in mid-November to begin their quest to earn to right to feature at the next edition of the AFCON.

Several weeks later, the winning bonuses of the players are still yet to be paid even though it has been slashed from $10,000 to $5,000 according to checks.

Addressing a press meeting in Accra on Wednesday, Sports Minister Isaac Asiamah explained that the situation is not only with the Black Stars but also with the Black Meteors who participated in the 2019 CAF U-23 AFCON staged in November last month.

He observed, “I am discussing with the FA leadership, the bonus structure I have already asked him to re-look it."

“But as at now, our fourth quarter has not hit our accounts so we are waiting for it to hit our account and pay them. As it stands we owe the Black Stars two bonuses for their match against South Africa and Sao Tome”.

Meanwhile, affected players have remained professional about the whole issue and have not made any demands for their money.