By Following a successful partnership with Arsenal, R 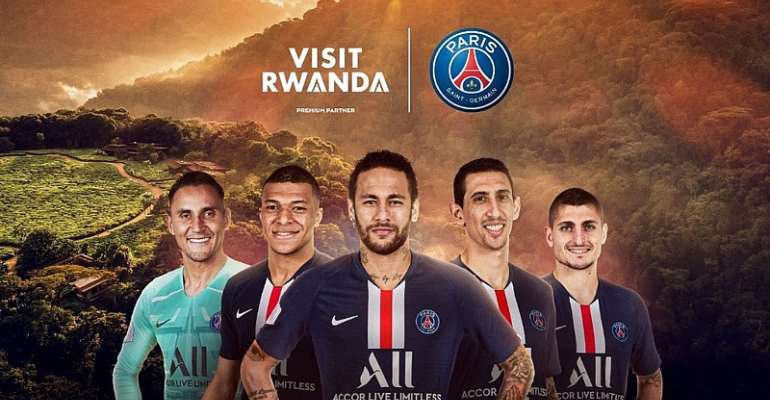 The PSG deal aims at promoting the visibility of Rwandan brands and tourism.

The Paris-based club, that goes by the nickname, Les Parisiens, has of recent attracted world-class players such as Neymar Jr, Kylian Mbappé and Edinson Cavani.

The three-year deal will see local fashion and design, Rwandan art and culture, coffee and tea and well as tourist attractions gain visibility through the club.

Rwandan tea and coffee will exclusively be sold at Le Parc des Princes, the home stadium of PSG with a capacity of close to 48,000.

According to Rwanda Development Board Chief Executive Clare Akamanzi, the new deal also provides visibility opportunities showcasing Rwanda and 'Visit Rwanda' on backdrop banners and stadium installations, ‘Visit Rwanda’ on the women’s team as well as the training kits for men.

Other brand visibility opportunities will include a week-long display of Rwandan brands.

The deal will also cater to football development in the country with avenues to nature and mentor emerging talents.

The greatest beneficiaries of the partnership include tea and coffee producers as consumption of their products in the stadium is expected to further drive demand in the European market.

“The other is Fashion, we are going to be working with PSG to select players in the Rwandan Fashion industry to elevate them and showcase them to the world using PSG platforms," Akamanzi said.