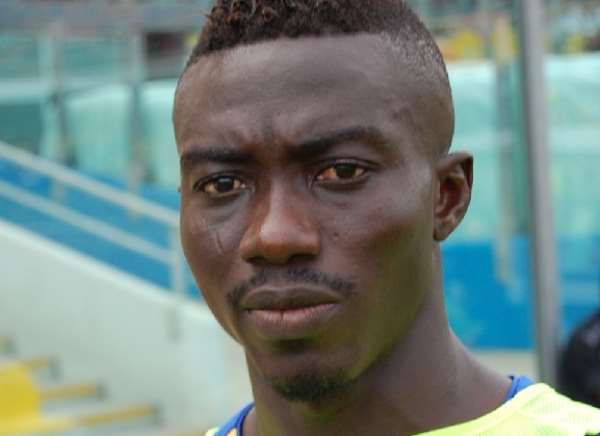 Vociferous Bernard Dong Bortey has called his Great Olympic teammates to work tirelessly ahead of the 2019/20 Ghana Premier League season.

The former Hearts of Oak kingpin has tasked his teammates to work hard to restore Olympics image as one of the best clubs in the country.

According to him, he is looking forward to enjoy playing for the Accra-based side.

“I signed with Olympics during the Normalisation Committee competition and I am looking forward to help make the club great again.

“I want to call on my teammates to work tirelessly to help restore the club’s dwindling image by making it one of the best in the country,” Dong Bortey said.

The 37-year-old forward signed a two-year contract with the Wonder club and is looking forward to bring to bear his rich experience in the local league having last played competitive football for Swedish outfit Ange IF in 2015.

Olympics will be Bortey’s fifth Ghanaian club after previously featuring for GHAPOHA, Hearts of Oak, Aduana Stars and New Edubiase.

The Ghana Premier League is expected to start on December 28.