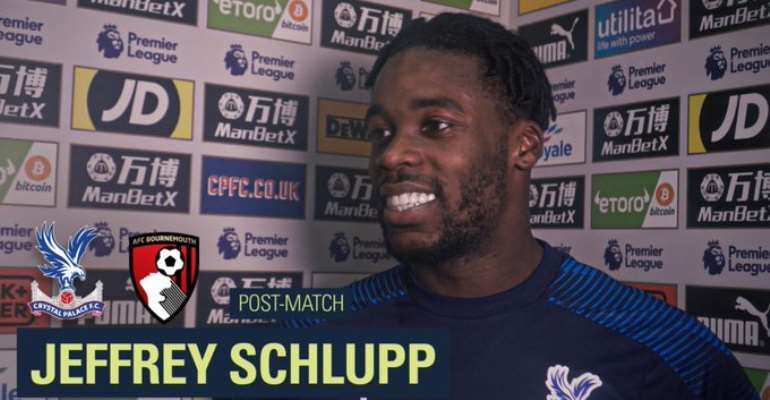 Ghana midfielder, Jeffery Schlupp has charged his Crystal Palace teammates to maintain their perfect run in the Premier League.

The Eagles defeated Burnley 2:0 over the weekend. On Tuesday, Roy Hodgson's side defeated Bournemouth by a lone goal.

Schlupp scored the winning goal over the weekend and scored the only goal at Selhurst Park.

Speaking after their win, he said, "We had a rough patch before but speaking with the gaffer and everyone else, we actually thought we’d played well in those games.

"We got unlucky in some of those and playing top teams, you need some luck to get some points. We started the month off well and we hope to continue that."

Palace will be hosted by struggling Watford on Saturday