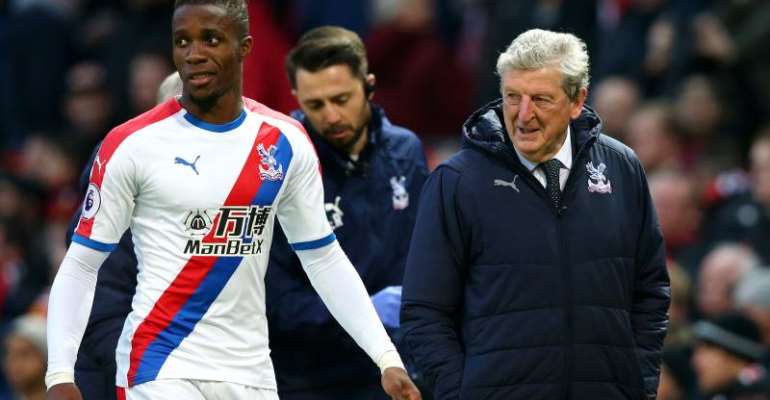 Crystal Palace manager Roy Hodgson wants Wilfried Zaha to ignore speculation linking him with a move away from the club in the January transfer window.

British media reported Arsenal, Everton and Napoli were interested in signing Zaha in the close season but Hodgson was able to hold on to the Ivorian winger, who is under contract with Palace until the end of 2022-23 season.

Hodgson said he has no concerns about Zaha, who has previously indicated his desire to leave in search of Champions League football.

“We are pleased to have him with us still and I am very much counting on us having him still,” Hodgson told reporters.

“In the summer, the club received at least one bid they didn’t feel was the right one to accept and he – unfortunately, if he chooses to see it that way – had to respect the three or four-year contract he signed with the club.

“I don’t see quite where the massive drama is in that, personally.”

Zaha has scored in back-to-back Premier League matches against Liverpool and Burnley and will look to make it three straight when Palace host Bournemouth later on Tuesday.