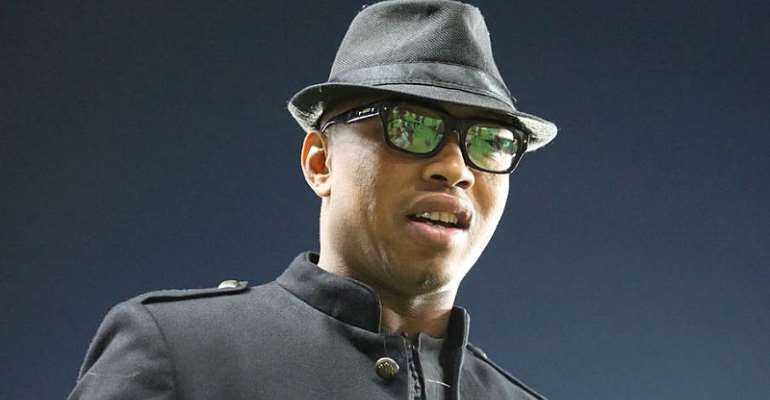 While fans in Africa reacted with indignation after Sadio Mane finished fourth in the Ballon d'Or voting, another striker who played for Senegal and Liverpool, took a slightly more balanced view.

"We can't talk about racism, but only about favouritism," said El-Hadji Diouf, who played 55 games in three seasons at Anfield and won 70 international caps, told AFP.

Diouf agreed, however, that players from the continent were at a disadvantage.

"Being an African footballer is, of course, a handicap, as the main decision-makers and influential media are not from the continent. But Messi deserves it by far. Sadio had an exceptional year but Messi, he is stratospheric," said Diouf.

The voting panel was made up of one journalist from each Fifa nation who listed their top five order. In total 176 cast votes. Van Dijk was first on 69 ballots, Messi on 61 and Ronaldo and Mane each with 17.

Messi edged the vote with 686 points, just seven ahead of Van Dijk. Ronaldo totalled 476 and Mane 347. Only a dozen of the 46 African voters put Mane first. Messi and Van Dijk both collected more first places on the continent.

Messi collected the most total points in Africa with 187. Mane was second on 170. Van Dijk, who dominated voting from European journalists, collected 154 in Africa.

Aboubacry Ba, who used to cover football on the continent for Canal+ Africa, blamed a lack of solidarity by African journalists on the voting panel.

There is "nothing racist, but if African votes went to the continent's stars, things would be different", he told AFP. "The Golden Ball is no longer played on the pitch. You have to give it to a player who sells, who amazes, but not only on the field. African voters have not understood that sometimes it is necessary to vote realistically."

Lassana Camara, a Mauritanian journalist, wrote in Senegalese newspaper Sud Quotidien that he was frustrated by the absence of Africans on the podium.

"We refuse to believe that there is racism," he said pointing out that Eusebio, Weah, Ronaldo, Ronaldinho and Rivaldo, all former winners are "all players of colour".

"But when Africans vote against Africans, we will not see the end of the tunnel tomorrow," he wrote.