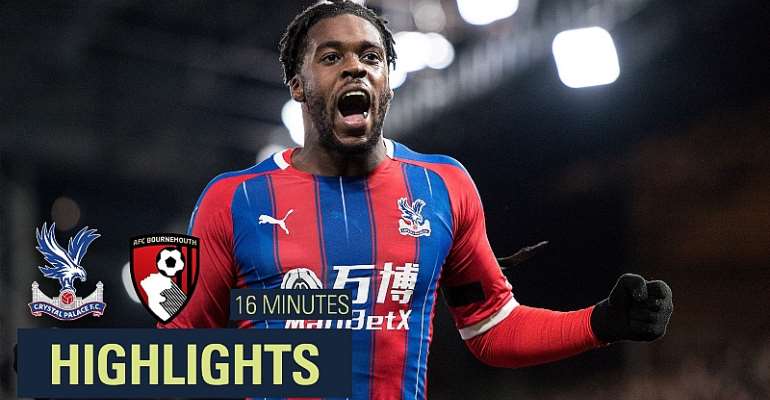 Ghanaian attacker Jeffrey Schlupp was in action for Crystal Palace on Tuesday night and emerged as the hero for the side after scoring the only goal that helped them beat AFC Bournemouth 1-0 in the English Premier League.

The versatile player who equally flourishes when deployed in defense started the match from the substitute bench but was called into action after 30 minutes to replace Patrick Van Aanholt.

The change became necessary to help the Eagles contain Bournemouth at the Selhurst Park after they had been reduced to ten men on the back of the sending off of center-back Mamadou Sakho.

Despite intense pressure from the away team, Palace stayed compact and finished the first half without conceding.

The tactics of manager Roy Hodgson worked to perfection in the second half and saw his side breaking the deadlock of the match on the 76th minute courtesy a mazy solo run from Jeffrey Schlupp.

The goal is his second in the space of four days after finding the back of the net in Crystal Palace’s 2-0 win over Burnley last Saturday.

Watch Schlupp’s goal against Bournemouth in the video below.