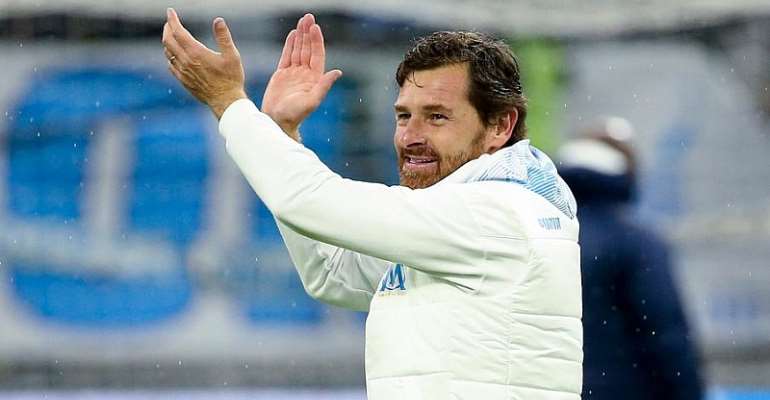 Nigeria international Josh Maja scored a hat-trick as Bordeaux hammered Nimes 6-0 to go third in Ligue 1 as Andre Villas-Boas's second-placed Marseille moved within two points of leaders Paris Saint-Germain on Tuesday with a 2-0 victory at Angers.

London-born Maja, 20, who joined the French club from Sunderland in January, netted three times in half an hour in a game delayed for 25 minutes as more than 20 Bordeaux fans invaded the pitch at the Matmut Stadium.

The supporters, who climbed down onto the field after 11 minutes, were targeting club president Frederic Longuepee after being refused from flying a banner calling for his resignation.

"It's an amazing feeling, I don't think it has sunk in yet," Maja told broadcasters Canal+.

"Once I get home and speak to my family will I realise what I've done and I'll be really happy," he added.

Maja, who made his debut for the Super Eagles in October's friendly draw with Ukraine, claimed his first after 24 minutes and added a second to double his tally for the season 13 minutes later.

He saved his best finish for this third effort firing high above Paul Bernardoni eight minutes into the second half for his first hat-trick in senior football.

Nicolas De Preville and a double from Brazilian midfielder Otavio made sure of all three points moving Paulo Sousa's side up to third in the table, five points behind Marseille.

Midfielder Dimitri Payet was involved in both goals at Angers, setting up Morgan Sanson for the opener before converting from the penalty spot as Andre Villas-Boas' side extended their unbeaten run to five.

"PSG's position doesn't occupy our minds, our goal is to finish second at the end of the season," Villas-Boas said.

"If we can beat Bordeaux on Sunday it can allow for a bit of a gap on other teams before the Christmas break," he added.

The Portuguese boss kept faith with the side which beat Brest 2-1 on Friday electing against giving match-winner Nemanja Radonjic a spot in the starting lineup.

Angers boss Stephane Moulin made five changes from the weekend's loss to Nice as Ismail Traore took over the captaincy from Thomas Mangani.

The former West Ham playmaker doubled the advantage after 41 minutes slotting his third penalty of the season.

Japan right-back Hiroki Sakai was tripped up in the Angers box and the France attacker scored his fifth goal of the season.

Marseille held on during the second half to move on to 31 points, with PSG, who have played two games fewer, on 33.

Elsewhere, Italian Cristian Battocchio scored a hat-trick as Brest moved up to 12th spot with a 5-0 hammering of Strasbourg.

And Lyon lost 1-0 at home to Lille after defensive errors enabled Jonathan Ikone to grab the decisive goal.

On Wednesday PSG can restore their five-point lead over Marseille as they welcome Nantes, who have recovered from a run of four straight defeats, to the French capital.

ASEPA to sue Presidency for more info on petition for CJ’s r...
56 minutes ago