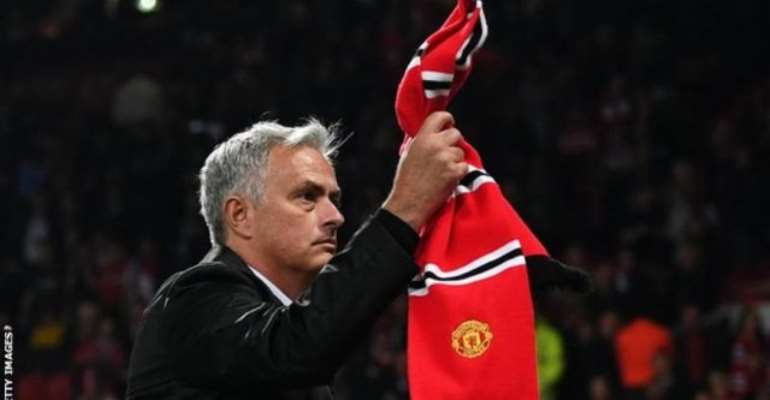 Jose Mourinho says his time at Manchester United is a 'closed chapter' as he prepares to take Tottenham Hotspur to Old Trafford on Wednesday.

Mourinho left United in December 2018 after two-and-a-half years as manager.

The Portuguese was out of work until taking over at Spurs in November, winning his first three matches.

"This is a closed chapter for me. I left the club, I took my time to process everything that happened," Mourinho said.

"I took my time to prepare myself for the next challenge.

"Honestly, United for me is in my book of experiences, it's in my history book."

Mourinho left United when they were sixth in the Premier League. They are currently ninth under his successor Ole Gunnar Solskjaer, but just two points behind Tottenham, who are fifth.

The 56-year-old won the League Cup, the Europa League and the Community Shield during his time at United, as well as finishing runners-up in the league in 2017-18.

"It is not for me to analyse United now," he said. "I analyse them as an opponent, how they play. How can we beat them? How can they beat us? For me, that is the important thing.

"I have a great relationship with the Manchester United supporters. I went back as a pundit and I was humbled by such a beautiful reception.

"Tomorrow I go back as the coach of the team that will try to beat Manchester United.

"I understand that what they want is the exact opposite of what I want. Of course, during the match I expect them to forget me."

Mourinho, who replaced Mauricio Pochettino, said he has spoken to Tottenham chairman Daniel Levy regarding the futures of Belgium centre-halves Toby Alderweireld and Jan Vertonghen, and Denmark midfielder Christian Eriksen.

All three are out of contract at the end of the season and are free to speak other clubs from January.

"At the same time, I speak also with the players, with all of them. We speak and try to understand every detail but it's not something I'm going to discuss."