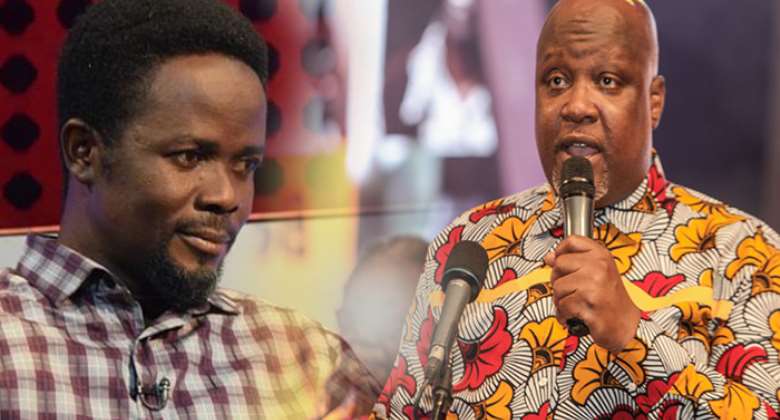 Host of Peace FM's flagship Kokrokoo show, Kwame Sefa Kayi has slammed vociferous Dan Kwaku Yeboah asking him to go beyond the ‘heat and accusations’ and speak to the parties involved in the 100,000-dollar scandal that has rocked the Ghana Football Association.

The Ghana Football Association released a statement last week indicating that they have received $900,000 US Dollars was paid into the GFA's account on Wednesday, November 27, 2019.

However, on Tuesday, Sefa Kayi complained about the lack of clarity on the scandal and cautioned Ghanaians against passing judgment on the issue.

Despite attempts by Dan Kwaku Yeboah to divulge information which he claims comes from his sources at the FA, Sefa Kayi insisted that journalists must investigate the matter and find answers to the hanging questions.

Sefa accused Dan Kwaku Yeboah of making comments that suggested Kofi Amoah is guilty of some allegations which have been levelled against him.

“Assuming a corporate organization like Glo decided to give 1million dollars in cash to someone, then someone must be arrested. Where did it come from and through which bank did they make the statement? There are a lot of questions and we all need to find answers to these questions. I’m not your editor but I’m telling you to speak to Kofi Amoah, Glo and the FA”.

“I’m going to accuse you of something. You’ve made up your mind that Kofi Amoah is guilty and it's wrong. It’s poor journalism. I have given you a job just go and speak to the parties involved. If they talk to you, you have a story. If they don’t then you come out with your own investigations”.

Background
It can be recalled that in December 2008, Globacom Ghana secured a five-year deal to be the headline sponsor of the Ghana Premier League.

However, Glo failed to meet sponsorship obligations to the Ghana FA which led to the termination of the contract leaving telecom company with outstanding debts to the Ghana FA.

Following the arbitration and agreement, GLO made a first payment of $500,000 to the GFA in 2018 with an agreement to pay the subsequent $1m which was delivered last week.