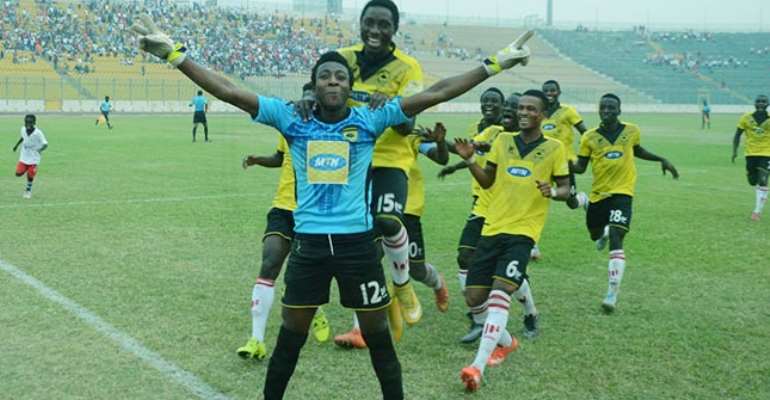 Asante Kotoko goalkeeper, Felix Annan has called on his Asante Kotoko teammates to focus on giving their best for the club irrespective of the coach at the helm of affairs.

Norwegian coach Kjetil Zachariassen was sacked for a poor performance in the Caf Champions League and Confederation Cup.

However, Johnson Smith, who just joined the club as an assistant coach, has been elevated to lead the technical team in the interim.

"I have always said that as a player you always have to play for the badge, you don’t have to play because of a particular coach," the Porcupine Warriors skipper told Graphic Sports.

"There have subsequently been caretaker coaches appointed so we have to give them the needed respect as players so we can move forward."

A host of names, including former coach Maxwell Konadu and ex-Hearts of Oak trainer Frank Nuttall have been linked to the vacant coaching role.

"I don’t know the future, I don’t know what’s going to happen tomorrow. For me I have always said that you can’t say because the coach is not there, you are not going to play.

"We have to play because we are players and we have contracts and even though there is no coach now, it is not our job.

“Our job is to play for the club. It is not our job as players to appoint coaches, so right now, whoever has been appointed to take care of the club, we'll take that person as our coach and work hard so we achieve our aim of winning and ultimately, being champions.”

Kotoko will be looking to clinch a 24th Ghana Premier League title when the top-flight opens on December 28.