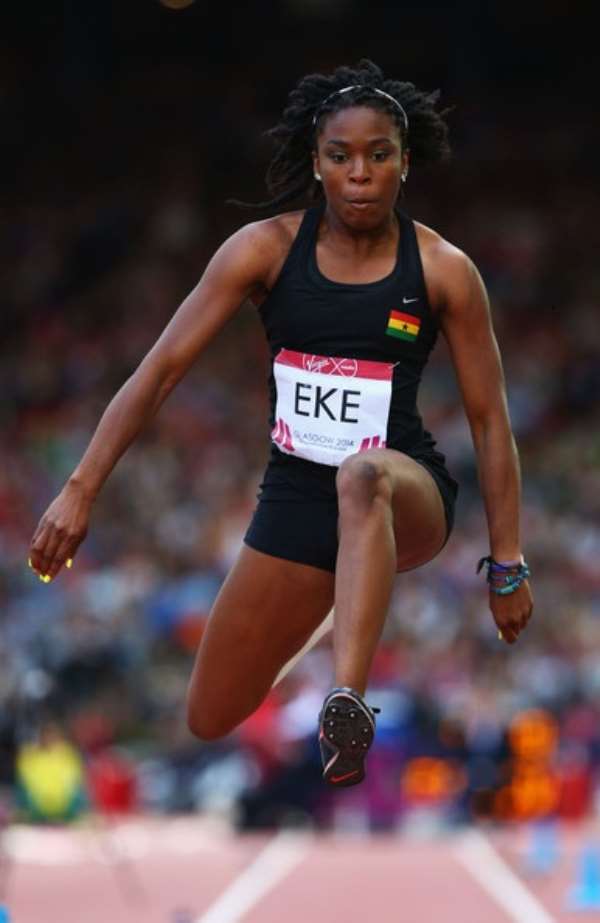 The Chief Executive Officer of the Ghana Athletics Association (GAA) says the association is putting in place plans to ensure that athletes do not only qualify for the 2020 Olympic Games but also get adequate preparations towards the event in Tokyo.

Mr Bawa said though only two athletes, Joseph Amoah, and triple jumper, Nadia Eke, had their names on the list for the Games at the moment, he expected more to pick their slots for the games when the season opened and assured that the GAA would support the athletes to not only qualify but also prepare well for the games.

Eke, the 2016 African Champion, set a new national record with a personal best of 14.33m (+0.8) on her first jump at the 2019 Racers/Adidas Grand Prix in Jamaica last June, one point more than the 43.32 required for the 2020 Games. That earned her qualification to the World Championships in Doha but she failed to make it when she competed in that event.

Amoah on the other hand, clocked 20.20 secs to finish second in the men’s 200m at the MEAC Outdoor Track and Field Championships at the North Carolina A&T in Greensboro, a time good enough to qualify him for the games.

Earlier this year, the International Association of Athletics Federations (IAAF) released new qualification times for the Games in Tokyo, and those times will have to be made between May 2019 and June 2020.

Despite Ghana’s teams missing out at the World Championships, Mr Bawa said the GAA expected the individual athletes, as well as the men and women, relay teams in the 4x200m to qualify by the June 2020 deadline.

In an interview with the Graphic Sports, he said: “We were hoping that we will qualify from the World Athletics Championships in Doha last September, but that did not happen. However, our athletes showed so much promise and we are confident they will qualify for the Games by the deadline,” Mr Bawa said.

He said the athletics season was quite unique and began with the indoor games before the outdoor, and that the GAA was going to ensure that the athletes got the support they needed to get them in shape.

“We are looking at getting 15 athletes qualifying and that will be made up of the individual athletes in the 100m and 200m events and our 4x100m relay teams for both men and women.

“In Doha, they did not do badly and we are hoping to build on that and ensure that they qualify,” Mr Bawa stressed.

Though Ghana’s 4x100m relay team clocked a season-best of 38.24 in heat Two in Doha, it was not enough to help them advance in the competition and possibly to pick one of the early tickets.

Ghana’s female quartet at Doha also missed out on early qualification to Tokyo as they finished last in their qualifying beat, despite clocking a seasonal best of 43.62secs.

Mr Bawa said the GAA was vigorously seeking sponsorship to support the athletes to compete in the key events that would help them make the required times to pick a ticket to Tokyo.

From an enviable record of having athletes in the semi-finals of previous Games, Ghana’s athletes have failed to shine at that stage mainly due to poor preparations, and Mr Bawa said the GAA was keen to change that narrative.

“The GAA is keen to get our athletes to shine on the world stage again and we, with the problems of financial support identified as one of the challenges, the association is seeking to resolve that to ensure that the objective is achieved,” he stressed.