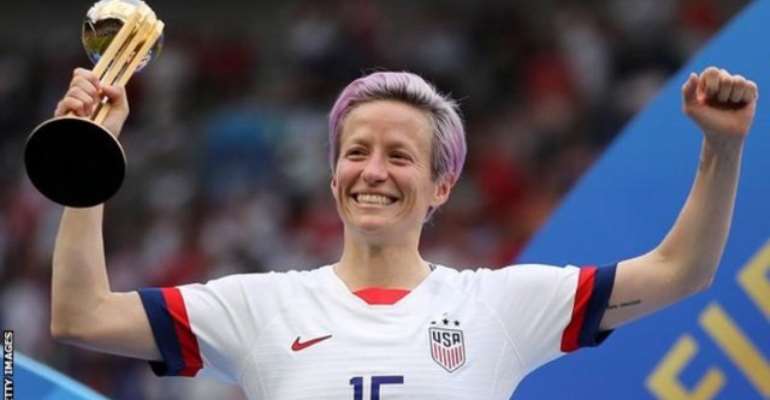 Megan Rapinoe of the United States has won Women's Ballon d'Or for 2019, with England's Lucy Bronze the runner-up.

Winger Rapinoe, 34, co-captained the US to victory at this summer's World Cup, where she was named player of the tournament and finished joint-top scorer with six goals.

Bronze, 28, the Uefa Women's Player of the Year, played a key part in England's run to the semi-finals.

Mahama Announces $10billion Infrastructural Plan To Finish A...
9 hours ago