Gyan Excel In NorthEast United’s Stalemate With Jamshedpur In India 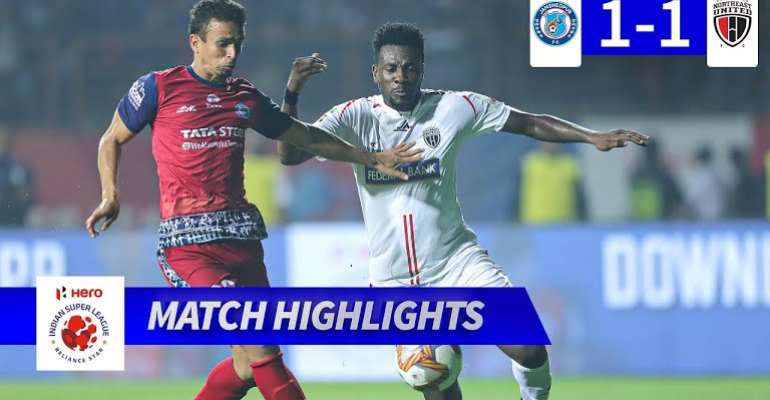 Veteran Ghanaian striker Asamoah Gyan was in action earlier today when his NorthEast United side drew 1-1 with Jamshedpur in the Indian Super League (ISL).

The 34-year old has enjoyed a very good start to the 2019/2020 ISL campaign and was handed a deserved starting role.

In a match week 6 fixture played at the JRD Tata Sports Complex, Jamshedpur who played as the home side took the lead on the 24th minute through an effort from Sergio Castel.

At recess, the goal was the only thing separating the two sides with NorthEast United failing to take advantage of some good chances they created.

They, however, resumed the second half with a good fighting spirit and pushed for the equalizer that would bring them level. A resilient performance paid off on the 90th minute when Asamoah Gyan assisted Panagiotis Triadis for the vital goal.

At the end of the match, the two teams settled for a point each with Gyan’s last minute pass that resulted in his team’s goal being adjudged as the DHL pass of the game.