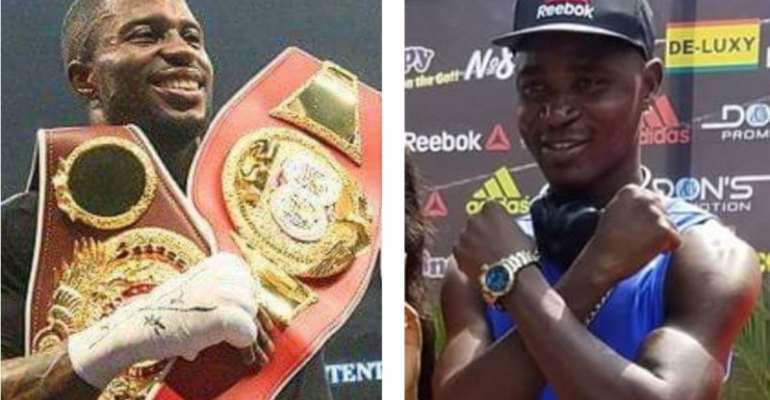 Ghana’s Robert Quaye (17-0,14 KOs) aka “The Stopper” will launch his first professional career bout outside the shores of Ghana against his Canadian opponent Custio Clayton (17-0,11 KOs) slated for the 16th January 2020 in Canada.

Quaye is the former interim World Boxing Organisation Africa Super Lightweight Titlist and but for his disciplinary issues, the Jamestown native could have gone a notch ahead of his peers, a situation that his very experienced manager, Michael Nii Yarboi Annan of the Dons Promotions is trying to remedy and so far so good.

Robert ‘the Stopper’ Quaye must now prepare to face a fellow unbeaten boxer in Montreal, Quebec, Canada born Custio Clayton. The 32-year-old orthodox boxer is the current NABA Welter Titlist and the World Boxing Organisation International Welter Champion after a win over 26-year-old Johan Perez (24-7-2, 16 KOs) of Venezuela in June of this year 2019.

This is the second time the Canadian native will be pitting horns against a Ghanaian opposition, his first was against the Netherlands based Stephen Danyo when the former won via a unanimous points decision in May of last year 2018 and took away the vacant International Boxing Federation Inter-Continental Welter Title as well as the World Boxing Organisation International Welter Title.

Robert Quaye is one of Ghana’s hottest prospects in the lightweight and now a step-up welterweight division though his last test was 11 months ago when he brutally KOed Vincent Mbilinyi of Tanzania in a blockbuster fashion winning in the process the interim World Boxing Organisation Africa Super Light Title in the maiden promotional debut of the Dons Promotions billed at the Bukom Boxing Arena in Accra, Ghana.

But the stakes are high, and Quaye knows quintessentially what a win in this bout will do for his career since at stake would be the WBO international welterweight title.

When boxingghana.com contacted Mr Michael Nii Yarboi Annan, he confirmed the bout as reported though on another mission with Felix Williams tonight against Englishman Josh Wale.