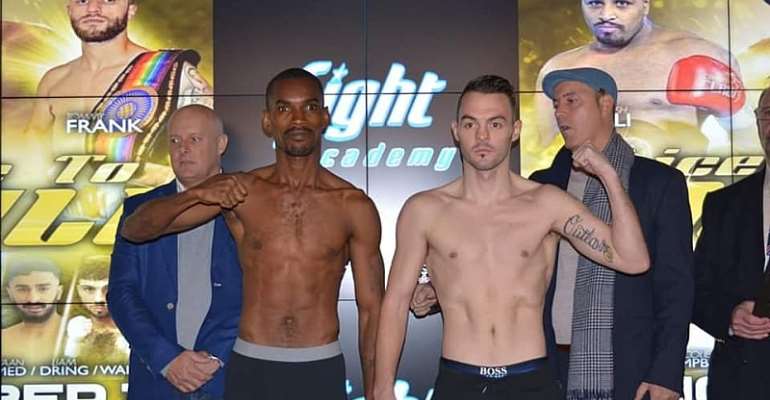 Ghana-based Nigerian boxer, Felix Williams was declared loser on points in the UK when he failed to defend his title against Josh Wale.

The officials scored the majority decision of 95-95, 97-93 and 99-91 in favour of Josh Wale in Sheffield in the United Kingdom on Friday.

His manager, Mike Annan of Don’s Promotions who was not enthused with the results said he will protest the results as he felt his boxer did very well to retain his title.

Coach Eben Adjei, one of the young enterprising coaches in Ghana who operates the Black Panthers Gym at James Town also believes as the champion Williams should have got the verdict, and promised they would come back better and stronger.

Yours Truly, however, felt Williams should have gone in to win by a knock out to avoid being robbed or attracting a controversial decision like it happened.

Meanwhile, the Friends of Boxing in Ghana have hailed Williams for his effort.